It’s a fantasy series set in a world where humans coexist with creatures known as Pokémon, which come in a variety of shapes and sizes.

It began as a series of video games for the Game Boy device, but it quickly extended to include various forms of media.

What are Rabbit Pokémon?

The most prominent brands nowadays are video games and anime (including related films), while the franchise has evolved to include live-action films such as Pokémon Detective Pikachu.

As you may have guessed, today’s article will be about Pokémon, as we will provide you with a comprehensive list of all Rabbit Pokémon in the PokéDex. It’s not a long list, so make sure to look at each Pokémon on it!

As of February 2021, there are a total of eight Rabbit Pokémon, albeit only five of them are classified as such, while the other three simply resemble rabbits. 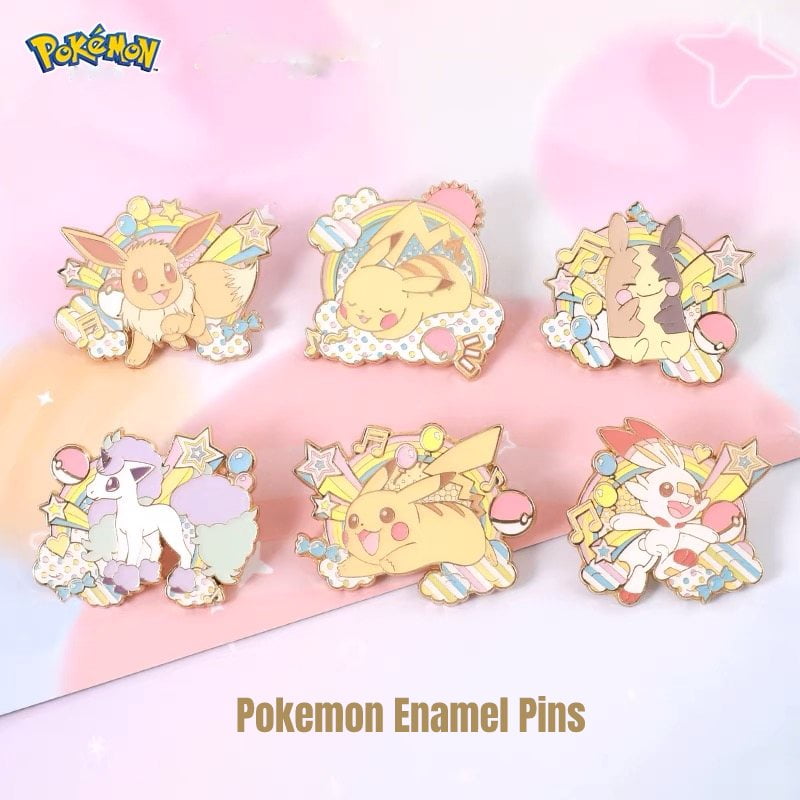 Our comprehensive list of Rabbit Pokémon will show you all of the Rabbit Pokémon (as defined by the official classification) as well as all of the Pokémon that resemble rabbits while being classified otherwise.

There are a total of eight of these Pokémon, and we’ll go through the basics of each of them.

Our comprehensive list of Rabbit Pokémon will show you all of the Rabbit Pokémon (as defined by the official classification) as well as all of the Pokémon that resemble rabbits while being classified otherwise.

There are a total of eight of these Pokémon, and we’ll go through the basics of each of them.

Pokémon categories, unlike kinds, are a little more difficult to figure out because they’re based on a Pokémon’s major biological features, which is a very random thing when you look at all the different PokéDex entries.

Given these data, we must conclude that the PokéDex indeed recognize “Rabbit Pokémon” (along with one “Water Rabbit Pokémon”), but that this category has not been applied consistently.

This is why we’ve included all of the Pokémon classified as “Rabbit Pokémon,” as well as those that are clearly rabbits but are classified differently in the PokéDex.

In the franchise, every Rabbit Pokémon can be found.

We can now give our comprehensive reference to the franchise’s eight Rabbit Pokémon as of Generation VIII. They’re right here.

In Generation II, Azumarill was introduced as a dual Water/Fairy-type Pokémon. It was originally a Water-type Pokémon, but its original classification was changed when the Fairy type was introduced. In the PokéDex, it is ranked #184. Azumarill is Azurill’s highest evolution form, having evolved from Marill at level 18.

Buneary was first released in Generation IV as a Normal-type Pokémon. The PokéDex number for it is #427.

Buneary was the first Pokémon in the franchise to be entirely made up of Rabbits. When Buneary is leveled up with a high level of friendship between Buneary and its trainer, it transforms into Lopunny.

Lupunny, the evolution of Buneary, is a Normal-type Pokémon introduced in Generation IV. The PokéDex number for it is #428.

Buneary’s only evolution is Lopunny, who can only evolve if he has a high enough level of friendliness. Lopunny also has a Mega version that requires a Lopunnite to unleash.

Bunnelby is a Normal-type Pokémon with the PokéDex number 659. It was originally released in Generation VI. Bunnelby is a little rabbit-like Pokémon, although it is not classified as one because its ears are used for digging, hence it is classified as a Digging Pokémon.

Bunnelby has only one evolution, Diggersby, which it can achieve once it reaches level 20.

Diggersby is a dual-type Pokémon that originally appeared in Generation VI. Diggersby is a Digging Pokémon that digs with its long ears, which is why, despite being a rabbit, it is not classified as a Rabbit Pokémon. Bunnely has only one evolution, Diggersby, which it evolves from at level 20.

Scorbunny is a Fire-type Pokémon that first appeared in Generation VIII as the Generation’s Fire-type starting Pokémon; it is ranked #813 in the PokéDex.

Because of its looks, it is classified as a Rabbit Pokémon. Scorbunny, like other starters, has two more evolutions: Raboot (at level 16) and Cinderace (at level 20). (at level 35).

Raboot is a Pokémon of the Fire type that first appeared in Generation VIII. In the PokéDex, it is ranked #814th. Scorbunny, one of the three Generation VIII starting Pokémon, is the initial evolution of this Rabbit Pokémon.

At level 16, Scorbunny evolves into Raboot, and Raboot, in turn, transforms into Cinderace at level 35.

Cinderace is a Fire-type Pokémon that debuted in Generation VIII and is currently ranked #815 in the PokéDex. Scorbunny, the Fire-type starter Pokémon from Generation VIII, has evolved into Cinderace.

In Which Episode Itachi Uchiha Dies ?

Investors with a 60/40 portfolio may want to shift focus into...