The elected council helps to determine the educational policy in a small regional area, such as a city, county, state, or province. It usually shares power with a larger institution, such as the government’s department of education.

The name of the board is also often used to refer to the school system under the board’s control  – a list of education boards in India.

The Local school boards are elected or occasionally appointed to beas the leaders and the champions for public education in their states and the communities.

The most important responsibility of the school boards is to work with their communities to improve student achievement in their local public schools. Choosing an education board for the child is one of the most important concerns for the parents.

Many of the parents are unaware of the risk involved in sending their children to dubious and unrecognized functional boards of school education. 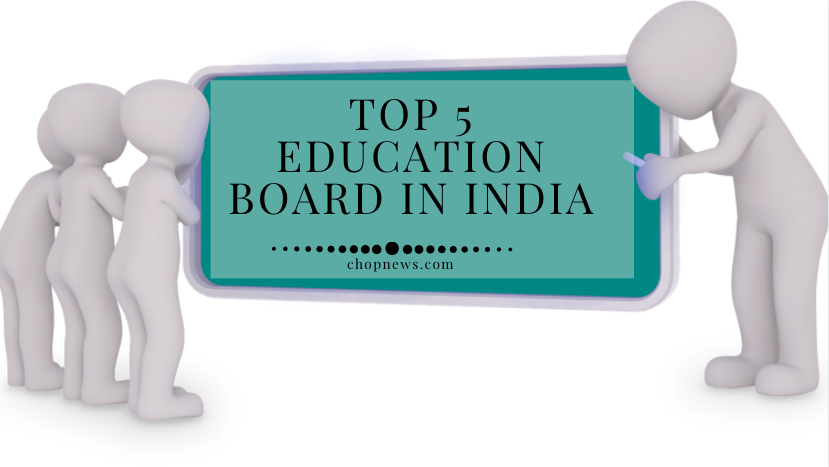 1. Central Board of Secondary Education (CBSE) This Board witnessed rapid growth and expansion at the level of Secondary education which results in improved quality and the standard of education in institutions.

But with the advent of the State Universities and State Boards in the various parts of the country, the jurisdiction of the Board was confined only to states of Ajmer, Bhopal, and Vindhya Pradesh later.

As a result of this, in the year1952, the constitution of the Board was amended wherein its jurisdiction was extended to the part-C and Part-D territories, and the Board was given its present name as the ‘Central Board of Secondary Education.

It was in the year of the1962 finally that the Board was reconstituted. The main objectives of this education board were those of –  serving the educational institutions more effectively, to be responsive to the educational needs of those students whose parents were employed in the Central Government and had frequently transferable jobs. The CISCE was set up in the year 1956 at the meeting of the Inter-State Board for the Anglo-Indian Education a proposal was adopted for the setting up of an Indian Council to administer the University of the Cambridge Local Examinations Syndicate’s Examinations in India.

It is an all-India, but not a government-sponsored board unlike the names of CBSE and NIOS. It is based in New Delhi. The education board of CISCE does not accept private candidates, and they must come only through the English medium schools affiliated to the CISCE.

The medium of the examination is English, except for the Indian language paper. At the end of the examination, the marks out of 100 are provided in each subject and a separate pass certificate is given which containing the equivalent grades like almost in all other Indian educational boards. The Indian Certificate of Secondary Education that is the ICSE examinations are conducted for the class 10 board examinations, besides the designed for providing the education under the category of the general education and also in accordance with the New Education Policy, in the year 1986 in India with the English as a medium of instruction.

The Private candidates are not allowed to appear for the examinations and thus, the candidates are accepted only through their schools, which in turn is affiliated to the CISCE board of education.

The ICSE Board conducts examinations for the class 10th through various associated government and private schools across India. The students can find out and download the question papers of History Subject.

Also, the students can get information on the updates, marking schemes, and answer sheets of the History Examination. In all the subjects and the other than science and the computers, students have to submit their assignments because at the end the marks of the student’s performance which include also their assignment marks.

The ICSE Board in India is considerably tough than the other boards. Students cannot be relying only on textbooks, but they need to prepare more.

4. Uttar Pradesh Board of High School and Intermediate Education (UPHESC) At the present, there are around 9121 secondary schools are recognized by the UP Board of High School and Intermediate Education.

This Board was set up in the year 1921 at the Allahabad by an act of the United Provinces Legislative Council. It is conducted its first examination in the year 1923.

Prior to the year 1923, The University of Allahabad was the examining body of these two examinations.

5. The Tamil Nadu State Board (TNSB) The Tamil Nadu Board of Secondary Education, established in the year 1910 and is under the preview of the Department of Education, the Government of Tamil Nadu, in India.

And for the higher secondary classes 11 and 12, there is a single unified stream which is leading to the award of the Higher Secondary Certificate (HSC).

The scores from the class 12 board examinations are used by the universities to determine the eligibility and as a cut-off for the admissions into their programs. The jurisdiction of the board extends it to the schools located in the state of Tamil Nadu.

The Schools can choose to affiliate themselves to the Tamil Nadu Board of Secondary Education or to the other boards-the CBSE or the ICSE-that are authorized to conduct the secondary (class 10) and higher secondary (class 12) in the final examinations and give the award certificates to the successful candidate.

So, these are The Top Five Education Boards in India which has an important role to extend their programs to the students of 10th and 12th and felicitate them with the awards certificates. If any Queries or Questions is persist then please feel free to comment on your viewpoints.

Utah School Black History Month Opt Out Back on Again

The Sole Survivor of an Alaska Helicopter Crash

How To Increase Car Dealership Sales

All about CBSE Board: Date Sheet, Revised Syllabus, Sample Paper &...

What is a good LSAT score in India?