With her debut single, “Locke&Key,” Lourdes Leon is following in her mother Madonna’s musical footsteps. The music video, which was made public on Wednesday, is on par with anything Madonna has ever created. The neo-goth fantasy images transport viewers to an exhilarating journey through New York City. 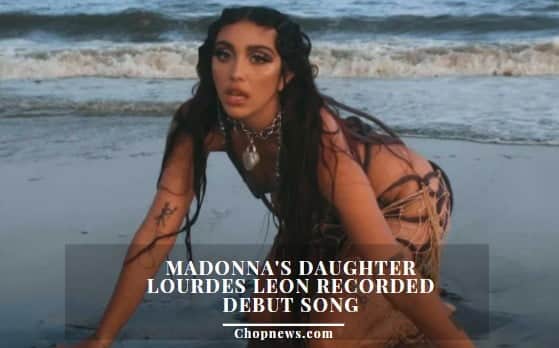 The song was published by Leon, 25, who goes by Lolahol. Eartheater, who also co-produced the song with Kiri Stensby and Samuel Burgess, produced and directed the music video.

Leon collaborated on the song’s composition with Eartheater, who put it out on her Chemical X Records imprint. Some of the scenes were shot in a cemetery, while other images show Leon stepping out of a car as a man with a skull mask is driving.

According to Entertainment Weekly, there are numerous references to Lady Gaga in both the song and the video.

In a moment where Leon is singing, she is shown getting out of a car while donning a glittering hood, not unlike Gaga did when Fame was first published.

Leon is Carlos Leon, a dancer and personal trainer, and Madonna’s daughter. During an interview with Interview Magazine in October, Leon mentioned that he had some interest in becoming a musician or actress.

Leon said that concentrating mostly on modeling before recording her first song was a financially “wise” choice.

She admitted in October, “I don’t know how I feel about acting yet. “Finding a part that wouldn’t be too far from who I already am, in my opinion, is the key. In all honesty, I can’t stand being around actors. I can sing, so that’s music. Simply put, I don’t give a damn. Perhaps it’s too personal.”

The main piece of advice Madonna gave Leon was to “advance with caution and think about what you want to be known for,” according to an interview with the singer.

Madonna pointed out that if Leon continued to work just as a model, she would be recognized for her good looks. According to Leon, “it might seem very overpowering and possibly lead to a lot of uneasiness.” “Of course, your appearance will change during the course of your life.

My mother is quite persistent in getting me to consider what I want to be recognized for outside of my appearance. I don’t want it to be how people remember me. It is not true.”

Got an Offer? 4 Things to Do Before You Take the Job