Are you a Chicago Fire fan? The compelling drama, which has been airing since 2012, follows a crew of firefighters in Chicago and documents the problems they encounter both on and off the job. Here we are talking about the Chicago Fire cast.

Learn all about their present and prior relationships right here. Get more updates on chopnews

What do you know about the cast members’ romantic relationships, despite the fact that the show has made them well-known? Learn more about their current and former relationships here…

The long-running series’ Captain Matthew Casey, played by Jesse Spencer, wed last year. In a tiny ceremony held in her hometown of Neptune, Florida, he married research scientist Kali Woodruff. The couple first met in 2014 while attending a music festival with friends. They have been dating for a number of years.

Prior to that, Jesse dated Jennifer Morrison, who he proposed to while filming House, and Brazilian big wave surfer Maya Gabeira for three years each. Taylor Kinney, who plays Kelly Severide, has stoked rumors that he might be officially off the market after being seen in a selfie with his model girlfriend Ashley Cruger, 26, wearing what appears to be a wedding ring.

The actor and Lady Gaga, a pop artist, were previously engaged. They first connected in 2011 while filming the music video for her song You and I, and they soon started dating. In 2014, he proposed. But things didn’t work out, and in July 2016, they decided to break off their engagement. 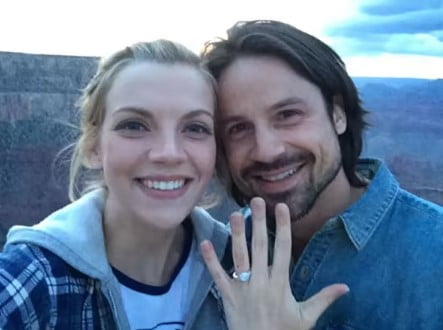 Kara Killmer, an actress who played Sylvie Brett, is wed to fellow actor Andrew Cheney. When they were cast together in the film Beyond the Mask in 2015, the two came into contact. After a year of dating, they got married in May 2016, marking their fifth wedding anniversary just recently. Miranda Rae Mayo and Luke Baines were once romantically involved, however it appears that their relationship ended without any explanation. Before proposing to his wife Sandra, British-born Eammon Walker dated her for more than 20 years. They currently share a home in Los Angeles with their three kids. The actor that portrays Blake Gallo, Alberto Rosende, has been dating Tessa Mossey since 2017. When Tessa entered the cult program as a human girl who wanted to convert into a vampire, they first connected on the Freeform program Shadowhunters. However, because he spent the majority of the year in Chicago filming the NBC series, Alberto and Tessa have been separated. David Eigenberg is a father and a husband. An 11-year-old son and an 8-year-old daughter are shared by the actor who plays Christopher Herrmann and his wife Chrysti. The love story of Joe Minoso and his wife Caitlin Murphy Miles is so adorable! When Caitlin was employed as a cosmetics artist in 2013, they first connected on the set of Chicago Fire. After three years together, the two got married in 2016 and are still going strong.

‘Kolamaavu Kokila’ Is a New Song: Makers Unveil a Duet Number Which is Titled...

What SAP Business One Can Do For Your Business