If you live in the path of tropical storm Henri, there are many things that you will want to do to prepare yourself. It has already been reported that the storm is threatening heavy rain and flooding in several states including New Jersey, and is expected to strengthen to a Category One hurricane. 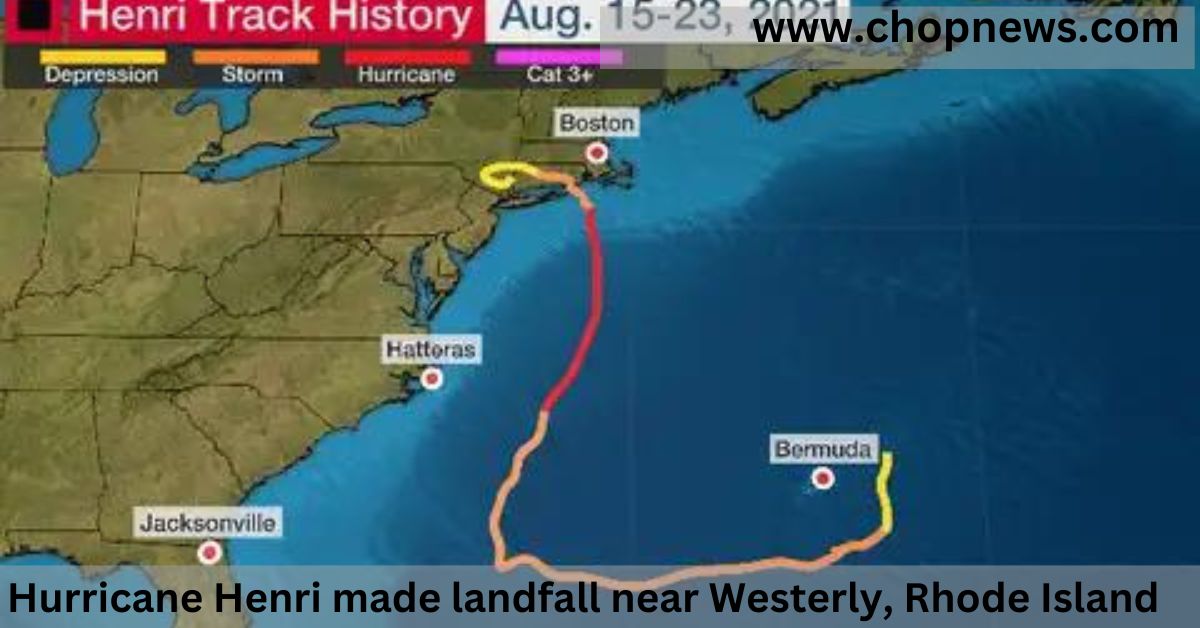 Hurricane Henri is threatening to bring heavy rainfall and floods to a huge portion of the Northeast. This is the most severe hurricane threat in New England in the past 30 years. And it is expected to continue until at least Monday.

The storm has already caused deluges, with over seven inches of rain in some areas. Officials warn of potential widespread flooding and spot flooding in inland areas. Some coastal roads are expected to be nearly impossible to drive on.

As the storm moved inland, it was expected to weaken, though it will still produce strong gust winds and a storm surge. Tropical Force Winds are still expected to extend about 125 miles from the center.

Hurricane Henri’s center is expected to pass off the coast of New York and Long Island around 1:00 pm Sunday. It is then expected to move into the Atlantic Ocean.

Hurricane Henri has begun to weaken and move more slowly eastward. It is expected to stall and turn back towards the New York and Connecticut borders tonight and move eastward across northern Connecticut and southern Massachusetts on Monday. This will likely bring heavy rainfall to areas along the coast of New England.

The hurricane is expected to make landfall early on Sunday or late Sunday morning or afternoon, with coastal portions of southern New England at the greatest risk.

As the storm moves inland, it will degenerate into a post-tropical cyclone later on Monday.

While the storm has weakened, it is still packing winds of 60 mph and has the potential to produce torrential rain. Parts of the tri-state region are under a flash flood warning.

There are also storm surge warnings in effect for parts of the Hudson Valley and parts of northern New Jersey.

Hurricane Henri is expected to strengthen into a Category 1 hurricane

Hurricane Henri is expected to hit New England on Sunday. This could be a major weather event for New England, especially because of the large amount of rain that is expected. In addition, flooding is also a possibility.

The Hurricane Center said that Henri has reached hurricane strength, and is heading towards the Northeastern United States. It is now expected to make landfall on Long Island.

A tropical storm watch has been issued for the eastern portions of Long Island.

As Henri approaches the northeast, it is forecast to strengthen to a Category 1 hurricane. By Saturday afternoon, its maximum sustained winds will be at 60 miles per hour.

After its landfall, Henri will move northwest, eventually making landfall in New England. Eventually, the storm will pass over the warmer waters of the Gulf Stream.

That will cause Henri to weaken, but it will still be able to produce torrential rain and winds.

Hurricane Henri is heading toward the Northeast. It is expected to hammer states with heavy rain and flooding.

The storm is forecast to make landfall Sunday, bringing damaging winds and storm surge. Some areas could see inundations of two to five feet along the coast. Several areas are still in hurricane warnings.

Henri is projected to move slowly after landfall. It will likely weaken as it crosses cool waters. There is a chance of severe flooding in parts of southern New England.

This is because of the strong tidal forces. In addition, the full moon on Sunday will enhance tidal effects.

Hurricane Henri is expected to bring flooding and damaging winds to several states. A storm surge is expected to be very strong in New York and Rhode Island. People should stay indoors and take action to protect life and property.

Tropical Storm Henri has moved out of the Gulf of Mexico and is expected to make landfall in Long Island or southeastern Connecticut on Sunday. This could result in coastal flooding and storm surge.

Heavy rain is expected in the region and there is a chance of power outages. Residents should take precautions to protect themselves and their property.

People in areas where storm surge warnings are in effect should act now to avoid being stranded.

In New Jersey, heavy rain could cause urban flooding, tidal flooding, and minor river flooding. Some areas could see up to 8 inches of rainfall.

There is also a chance of isolated tornadoes. The National Weather Service warns that storms could produce significant bank rises in major rivers.

Beskar – Find Beskar Steel Deep in the Belly of the Shark