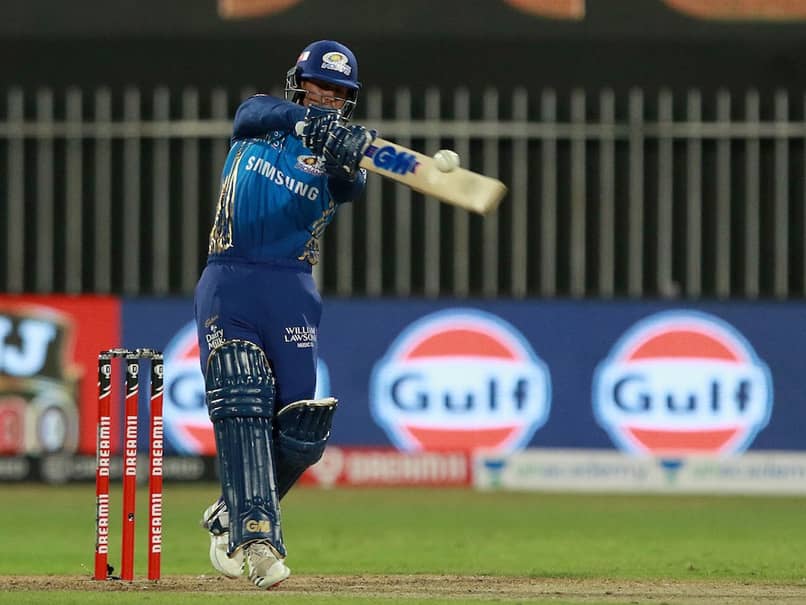 Sunday’s second match will see Rajasthan Royals take on Mumbai Indians. While Mumbai Indians are on top of the Indian Premier League (IPL) 2020 points table and are looking to secure a top two finish, Rajasthan Royals are hanging on to hopes of making the playoffs. While a rampant Mumbai Indians registered a 10-wicket win against Chennai Super Kings in their last game, even in the absence of captain Rohit Sharma, Rajasthan Royals perished to defeat against SunRisers Hyderabad. While MI are favourites going into the match, the Royals have enough match-winners who can get them the crucial two points.

Quinton de Kock (Credits – 10): The South African wicketkeeper-batsman had a slow start to IPL 2020, but is enjoying a purple patch. In the last six games, he has scored three half-centuries and hit an unbeaten 46. With 368 runs under his belt, he is MI’s leading scorer this season. And with 12 catches and two stumpings, he is likely to earn points from behind the stumps as well. With 630 points so far, he has been the highest points earner between both these teams.

Jofra Archer (Credits – 9.5): With 15 scalps to his name this season, Jofra Archer is fifth on the wicket-takers’ list this season and has been the Royals’ go-to bowler to make breakthroughs. The fiery England cricketer has also shown his ability to hit quick runs down the order, making him a great fantasy pick. Archer so far has 603 points.

Jos Buttler (Credits – 9.5): Since coming into the side, Jos Buttler has again established himself as the key batsman for Rajasthan Royals. Whether as an opener or in his new role as a finisher, Buttler has shown his ability to play crucial knocks under pressure and is their second highest run-scorer this season, just a run behind Sanju Samson, whose form has fallen since the first two matches. Buttler so far has 421 points

Kieron Pollard (Credits – 9): The West Indies all-rounder has a knack of picking key wickets, while also destroying teams with the bat at the death. With 400 points so far, Pollard is a good pick, who can be relied upon to give good returns.

Nigerian Rapper Dablixx Osha Died: Know About His Death Cause