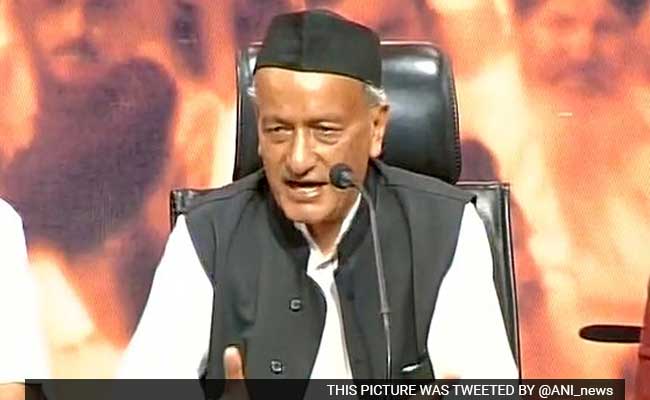 Bhagat Singh Koshyari has till date not paid the market rent, the petition said.

The Uttarakhand High Court on Tuesday sought Maharashtra Governor Bhagat Singh Koshyari’s stand on a plea for starting a contempt proceeding against him for his failure to follow a court order to pay market rent for a government bungalow allocated to him as a former chief minister.

Justice Sharad Kumar issued notice to Mr Koshyari through his counsel after hearing arguments of the petitioner’s counsel on maintainability of the contempt plea.

The plea filed by a Dehradun-based NGO, Rural Litigation and Entitlement Kendra, accuses the former Chief Minister of committing “willful non-compliance” of the court’s May 3, 2019 order which had asked him to pay market rent of the bungalow occupied by him as ex-CM within six months of the direction.

Mr Koshyari has till date not paid the market rent to the government as calculated against him, the petition said.

The respondent has also not paid the amount due upon him towards amenities such as electricity, water, petrol, oil etc, it said.

“We have fulfilled the requirement provided under Article 361(4) of the Constitution of India and already given 60 days’ notice to Koshyari before filing the contempt petition, petitioner’s counsel Kartikeya Hari Gupta said.

The petition also accuses the state government of favouring the respondent unlawfully and arbitrarily by passing the “Uttarakhand Former Chief Minister Facilities (Residential and other Facilities) Ordinance 2019” and later enacting a law with the same name to ease him out of his payment obligations.

The law was found to violate the separation of powers doctrine and Article 14 of the Constitution, the petition said.