Jamelle Bouie is an American journalist and political writer. She has written for several publications, including The New York Times, Slate, and the Columbia Journalism Review. 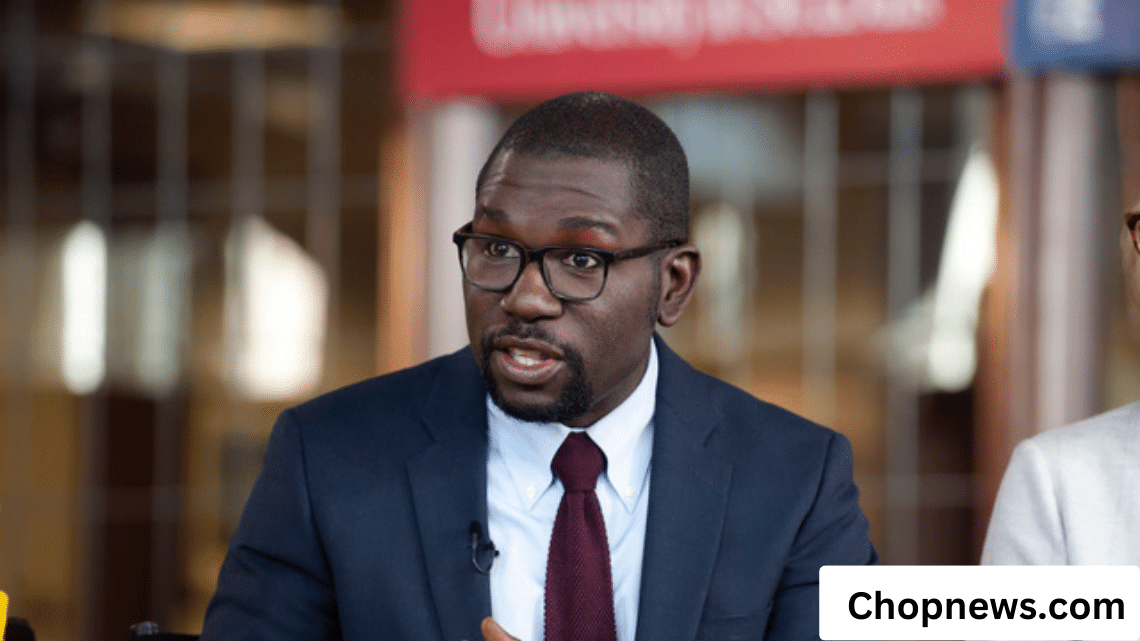 Jamelle Bouie has become one of the most prominent voices on the national scene. He is a columnist for The New York Times and serves as political analyst for CBS News. Previously, he worked as a chief political correspondent for Slate.

Born in Virginia Beach, Virginia, Bouie grew up in a military family. His parents were both in the armed forces, working for twenty years. After a stint in Washington D.C., he graduated from the University of Virginia with a bachelor’s degree in government and social thought.

During his time in college, he became interested in journalism. After graduation, he took a writing fellowship at The American Prospect. Eventually, he went on to work as a staff writer for The Daily Beast.

Several years later, he was named to Forbes magazine’s “30 Under 30 Media” list. In early 2019, he joined The New York Times as an opinion columnist.

Jamelle Bouie is a journalist, political analyst, and columnist. He covers U.S. politics and is a regular contributor to The New York Times’ Op-Ed page. His columns are filled with provocative headlines and recall the history of politics in the United States.

In addition to his journalism, he also enjoys visual arts, food, and movies. After graduating from UVA, he lived in Charlottesville, Virginia.

As a reporter, he has written for The Washington Post, Slate, CBS News, and The New York Times. A member of Forbes’ “30 Under 30 in Media” list, he has made his mark in the media industry.

In addition to his role as a writer, Bouie is a photographer, videographer, and graphic designer. He also has a social media following. He has also written for The New Yorker, Time, and The Atlantic.

It’s been four years since Jamelle Bouie moved to Charlottesville, Virginia. After seven years in Washington, D.C., she now lives in her hometown and covers politics, history, and culture. In addition to writing for The New York Times and Slate, she’s also a journalist, photographer, and political analyst for CBS News.

In early October 2017, a white supremacist rally was held in Charlottesville. The “Unite the Right” event was held to defend the city’s Confederate monuments. Many residents felt the statues were a blight.

Despite the tumultuous nature of the rally, Charlottesville isn’t likely to see the removal of Confederate monuments anytime soon. Instead, the city is expected to continue to push and pull with the far-right crowd, a dynamic that will be familiar to readers.

While the issue of whether or not Confederate monuments can be removed from the city of Charlottesville is still unresolved, the city may be able to use its experiences to learn a lesson from its racist past. And that lesson will be important.

Writings published in other publications

Jamelle Bouie is a political analyst for CBS News and opinion columnist for The New York Times. His writings in other publications include articles in the Washington Post and the New Yorker. In his latest book, Simply: The Black Towns, Bouie takes a closer look at the black towns of the South and explains why they still matter.

During his time as a journalist, Bouie took a trip to Oklahoma to investigate the all-black town of Boley. He found that this small community of 1,183 residents is one of the largest black towns in the nation. As he was exploring the area, he discovered that there are actually nine other black towns, most of which have fewer than a hundred residents.

While traveling in the aforementioned black town, Bouie discovered a mini documentary about the history of the region. According to the film, in 1866, the federal government confiscated 2 million acres of land from Native American tribes. It was these lands that were given to settlers of African descent in the post-Reconstruction South.

Jamelle Bouie is a political analyst for CBS News. His coverage ranges from politics to elections, race, and public policy. He also is a columnist for the New York Times and Slate.

In addition to his writing, he has served as a photographer and photographer’s assistant. He currently lives in Charlottesville with his wife and children.

Before joining CBS News, he served as the chief political correspondent for Slate and the op-ed page editor at The Daily Beast. He has also written for The Atlantic and The Washington Post.

He is a regular contributor to the CBS News flagship program, Face the Nation. Recently, he has spent time thinking about America’s founding fathers and the Constitution.

What are the most common frauds?