Novak Djokovic expressed his relief there was no “mental or emotional blockages or drama” as he swept past Italian wild card entry Salvatore Caruso into the Italian Open third round on Wednesday in his first match since his US Open default. “I was actually looking forward to get the official match as soon as possible after what happened in New York,” said the world number one. The Serb was on his best behaviour after his dramatic last 16 disqualification on September 6 after he accidently struck a line judge with a ball hit in frustration. 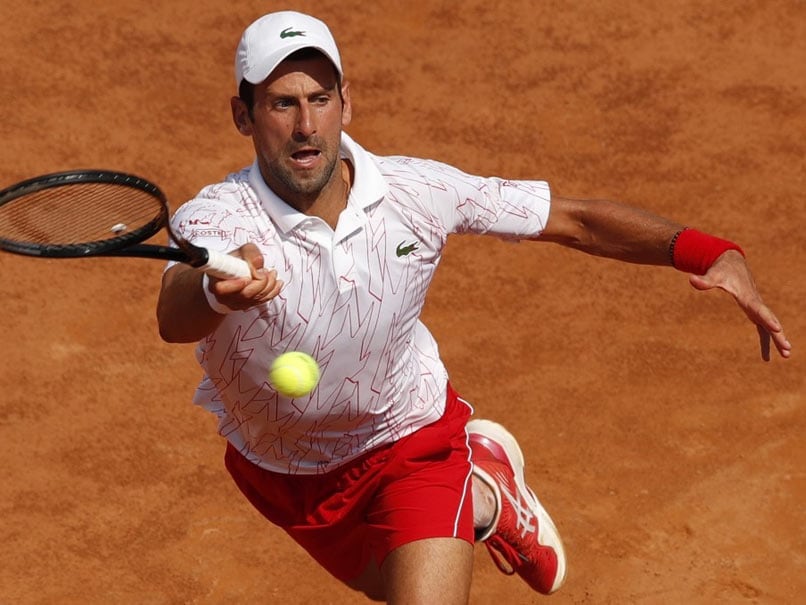 “I didn’t feel that I had any mental or emotional blockages or any dramas playing a match today,” he said.

Djokovic, who had said he had learned a “big lesson” from his first ever disqualification, was keen to move on in Rome.

The 33-year-old playfully greeted an imaginary crowd in an empty Central Court at the Foro Italico because of strict coronavirus measures.

Only some noisy workers managed to unnerve the 17-time Grand Slam winner after missing break points.

“It was very, very quiet, which is very unusual to what we are used to here in Rome, which has one of the loudest and most energetic crowd atmospheres on the tour.

“But there was somebody in the corridor on the stadium that was talking, about five, six people, I don’t know who it was, but it was noise coming from there during the points.

“That’s the only thing that we, I and Caruso, also told chair umpire.”

Djokovic continued where he left off before his US Open exit, having won the Cincinnati Masters on the same Flushing Meadows courts.

“It was a very good test for me. I’m very pleased with the way I handled myself in important moments,” said Djokovic, who was unbeaten in 2020 before his US Open default.

“I was in control of the match.”

Djokovic, who has played nine finals in Rome, and won four titles, will meet either 29th-ranked compatriot Filip Krajinovic or Italian qualifier Marco Cecchinato, ranked 113th, for a place in the quarter-finals.

Nine-time Rome winner Rafael Nadal will make his return to competition later on Wednesday after a six-month hiatus linked to the coronavirus pandemic.

The number two seed plays fellow Spaniard Pablo Carreno Busta, a recent semi-finalist at the US Open, for a place in the third round.

“It was a little bit difficult to get the rhythm and to get relaxed,” said the 28-year-old Romanian, who skipped the US Open but is warming up for a bid for a second French Open title later this month.

The world number two, a two-time Rome finalist, next meets either American Amanda Anisimova or Dayana Yastremska of Ukraine.

US Open finalist Victoria Azarenka shrugged off the move from hard court to the clay surface to beat American Venus Williams 7-6 (9/7), 6-2, in their first round match.

Belarusian Azarenka will play third seeded American Sofia Kenin, the reigning Australian Open champion, for a place in the third round.

The Best Laptops from Razer