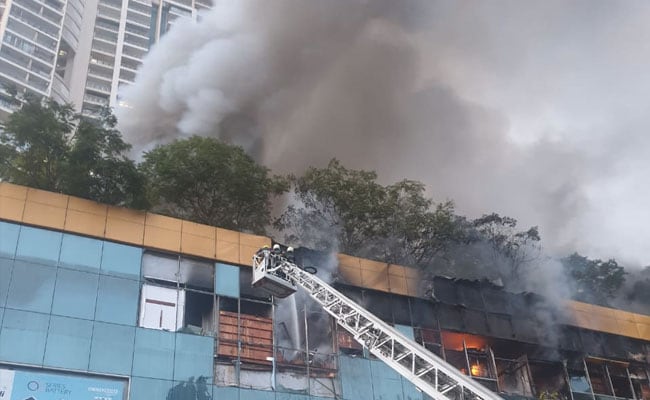 Two firefighters were injured while trying to control the blaze, ANI reported.

Some 3,500 people adjacent to a mall in Mumbai were evacuated after a fire broke out at the shopping complex, officials said today. The fire broke out late on Thursday night and efforts to douse the flames went on till this morning.

The cause of the fire is under investigation. No one was injured.

Residents of the 55-storey building adjacent to the mall were taken to a nearby ground for their safety.

Two firefighters were injured while trying to control the blaze at City Centre Mall in Nagpada in central Mumbai, news agency ANI reported.

#WATCH: Firefighting operation underway at a mall in Nagpada area in Mumbai where a fire broke out last night.

It has been declared a level-5 fire. #Maharashtrapic.twitter.com/YDpgpRHXcm

Twenty-four fire trucks are at the site and some 250 firefighter including Mumbai’s Chief Fire Officer Shashikant Kale are working to extinguish the fire.