Blow-up dolls: Who Invented Them? 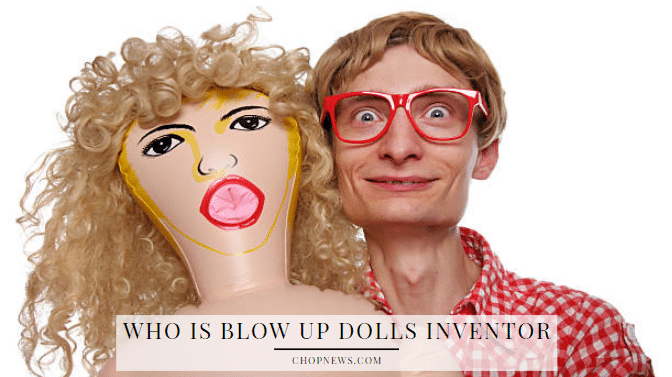 Even The inventor of the blow up dolls is unknown, despite the fact that many data concerning the dolls are available. However, the earliest blow-up dolls were created in the 17th century.

The Dutch sailors used the doll to pass the time during long sea voyages. Then, in psychiatrist Iwan Bloch‘s book “The s**ual Life of Our Time,” the first record of the blow up doll was discovered. It was used to describe an inflated doll that was utilised for s**ual reasons.

Furthermore, because Dutch traders marketed these dolls in Japan, they are now known as “Dutch wives” in the country. Jilted men throughout history have even built life-size replicas of their woman lovers.

Oskar Kokoschka, an Austro-Hungarian artist, created it. However, reports claim that the artist was dissatisfied with the doll, and that he may have burned or buried it.

Then there were advertising for the blow-up dolls made in the 1960s. It advertised several photos of dolls that appeared in periodicals, and shoppers could choose which one they wanted to buy. These dolls also had a variety of hair colours and styles.

Were the blow-up dolls created by Adolf Hitler?

There were reports that Hitler ordered the inflatable dolls for his German troops during the stormy years of World War 2. The Borghild Project was implemented in order to reduce the spread of syphilis among German soldiers. This initiative was also sparked by Heinrich Himmler’s note from 1940. He described the spread of syphilis in Parisian brothels.

The existence of whores, he observed, is the greatest threat in Paris. As a result, Hitler is said to have approved the message and given his blessing to the initiative. For his soldiers, he bought inflatable dolls. So they may put it in their backpacks and avoid having fun in brothels.

As a result, Hitler’s designers began to work for him, and the “gynoid” dolls were born. However, there is no reliable evidence of this occurrence. As a result, many people thought it was a hoax narrative in the twentieth century. Employees at the German Hygiene Museum also have doubts about the project’s existence. As a result, there is no concrete evidence that Hitler was responsible for the popularity of blow-up dolls.

What is the modern name for a blow-up doll?

Today, many people refer to blow up dolls as s*x dolls that are utilised to satiate one’s appetite. Doll manufacturing is booming these days. It’s a mas**rbation term. Today, such dolls can have a full body or only a face. Even the dolls’ parts have the ability to vibrate. Furthermore, because of today’s technical advances, these dolls can now execute complicated interactions.

1. Blow-up dolls that are more realistic

The name “Uncanny Valley” was used by a robotic engineer in Japan to describe robots that resemble humans. The creepier the doll appears, the more realistic it appears. Many people, however, are intrigued by the concept of a realistic-looking doll.

In several nations, it is illegal to use blow-up dolls in public. However, several countries may not have particular legislation regarding such matters. However, it is still impolite to use the blow up doll in public.

3. It’s a term that’s used in the carpool lane

4. Expensive dolls are on the market

The blow-up dolls have now turned into a company. Companies are selling low-cost dolls for the purpose of amusement. However, some high-priced dolls are also offered by huge corporations. Personal toys are now being sold by celebrities as well. Advanced technology, such as skeleton materials and silicone blends, are included in certain blow-up dolls. They start at $10,000 and go higher from there.

FIVE planets are aligning for the first space phenomenon