Jalen Kitna arrested Gainesville Police Department claimed Wednesday that it executed a search warrant at Jalen Kna’s Florida residence following a tip from Discord users that they had shared an “image of child sexual assault material” via social media messaging.

Police say that an investigation revealed that Kitna was responsible for the account’s creation and that two additional images were distributed from it. Let’s now get to the bottom of the matter. 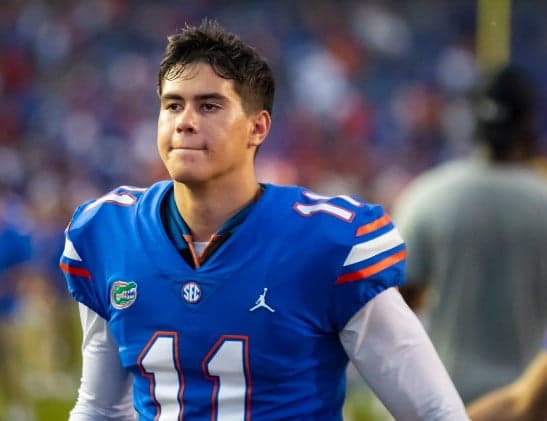 Jalen Kitna, according to police, told them that he had “remembered” distributing the photos but thought they were legal because he found them online.” When they spoke with Kitna at his house, they also claimed that he believed the images were legal.

Kitna, according to police, told them that he knew he shouldn’t have published the images.

According to police, Kitna, a Florida Gators football player, was found with three additional photographs of child sexual assault.

They detained him shortly after and booked him on five charges, including two counts for distributing child exploitation materials and three counts for possessing child pornography.

Jalen Kitna was suspended indefinitely by the Gators after they announced the arrest.

According to the statement, “We are shocked and saddened by the news about Jalen Kitna.” These are serious allegations and the University of Florida and the UAA won’t tolerate them.

Who is Jalen Kitna?

Jalen Kitna was detained on five counts. He was charged with three counts of child pornography possession and two counts for distributing child exploitation materials.

According to TMZ Sports, Jalen Kitna was taken into custody Wednesday in Florida as the quarterback of the Florida Gators. He is also the son Jon Kitna who was a former NFL player.

The 19-year old was booked into jail at 3:20 ET. The full details of his arrest were not made public immediately. Jalen, a highly-anticipated recruit from Texas’ Burleson high school, committed to the Gators for 2020.

He was a 2021 teammate who redshirted. He made his season debut against Eastern Washington in October and took part in his first on-field action.

His best effort was against EWU, when he threw for an impressive 152 yards and a touchdown.

He has been a part of four games overall for UF. Anthony Richardson is a highly-anticipated NFL draft prospect. It was suggested that Richardson might not play in the postseason game.

However, it was also possible that Richardson could start the team’s bowl match later in the year. Keep checking chopnews for updates

Relevance Of Accounting Software In The Lives Of Accountants