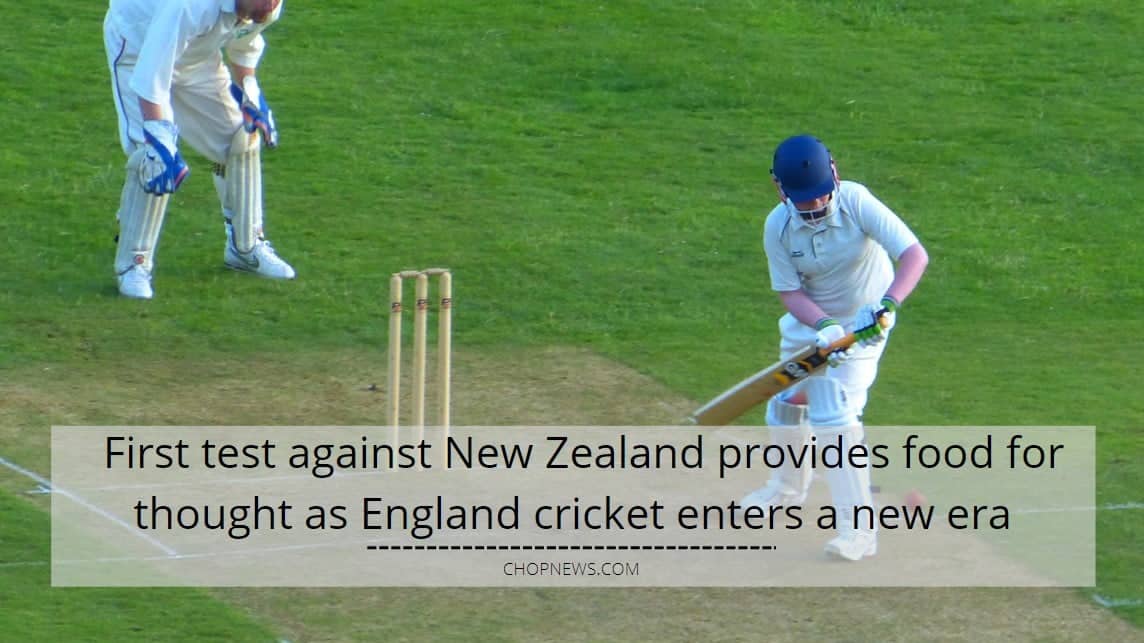 The first test against New Zealand provides food for thought as England cricket enters a new era: New Zealand world test champions were humbled in the first test against England at Lords last week. A game that saw both teams win and lose the ascendancy ended with England knocking off the required runs with ease. It provided plenty of clues about the new look England test team.

Stokes will lead from the front

Ben Stokes is not a man to be cowed. He knows how to play to a situation and is capable of staying in for a long innings when the situation demands it. But in the second innings he led from the front, giving Colin de Grandhomme the charge and eliciting howls of anguish from the likes of Jonathan Agnew and Michael Vaughan on the Test Match Special commentary team. As Broad said later, “He’s played some incredible knocks in the first innings of Test matches, but he’s at his best when he’s got the game on the line.” Surely the perfect characteristic for a captain.

Root is better than ever

So much for the new skipper, but what of his predecessor? Players respond in different ways to returning to the ranks after stepping down as captain. Joe Root looked like a man with the shackles removed and his batting was back to its very best. The fact that the sports betting sites have him at just 2/1 to be the top England scorer at Trent Bridge speaks volumes as to his form – and also to that of the rest of the England line-up.

Ben Foakes is the real deal

At last England can dispense with the merry go round behind the stumps. Jonny Bairstow and Jos Buttler have many merits, but Ben Foakes checks all the boxes as a test keeper. Efficient and unobtrusive behind the stumps, he played exactly the sort of innings a team requires of a number seven to see England home, contributing 32 in a 141-minute stand of 120 with Root in which he never played a false shot or looked remotely troubled.

Broad still has the magic

There are moments in every test match featuring Stuart Broad when he seems the weak link and you wonder whether his time has passed. And then he does something that turns the game on its head. At Lords it was the five minutes of madness that saw three New Zealand wickets fall in three balls. Moments before, Broad was encouraging the crowd to make some noise, madness was in the air and something special was about to happen. Broad has done it time and again, and it can change the course of a match in seconds.

But there’s still something lacking

The fact, however, that England remain so reliant on Broad’s magic and Anderson’s consistency tells its own story. Yes, Matt Potts performed well on debut, but by producing more of the same. He staked his claim as a future replacement for one of the stalwarts, but England’s attack desperately needs some venom. With Wood and Archer among the many sidelined through injury, it’s not clear where that might come from.