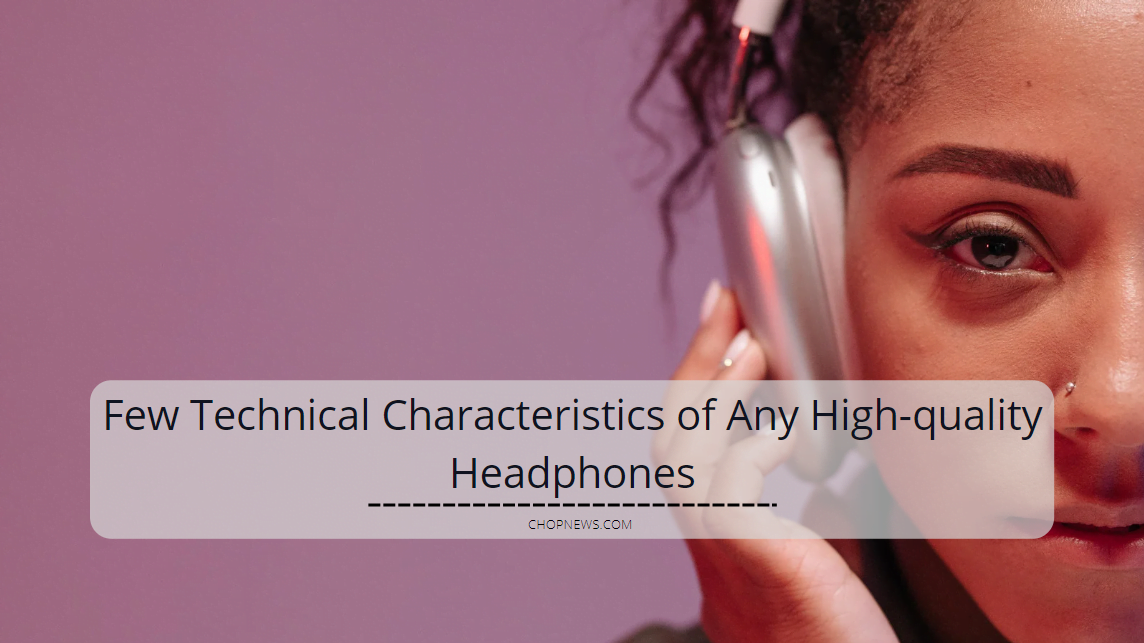 Let us discuss in this article a few of the headphone technical features, which will help you make an informed decision. We will try to list them in the order of their importance.

You can also buy these Headphones of many different varieties from Soundcore, which is a very well-known company that deals with headphones, speakers, and various frames.

A headset’s driver is the component that sends electrical/audio impulses and converts them into audible waves of sound for the listener. It is typically made of:

The diaphragm vibrates as a result of electrical signals, and these vibrations produce sound waves. The driver diameter used in the creation of headphone is usually specified in mm by manufacturers.

The sound quality generated is typically thought to be better if the diameter of your driver is larger. This is particularly true for low tones.

Headphones having good sound sensitivity are ideal. The capacity of the headphones for detecting sound, even at the tiniest change/volume, is what the basic term “sensitivity” refers to.

Manufacturers use this phrase interchangeably with sound pressure. Usually, they indicate the maximum volume of your headphone. The sensitivity of headphones is measured using sound pressure levels, which are commonly expressed in DB (Decibels) per mill watt (dB/mW).

Sensitivity will actually describe how well an electrical signal can be transformed into a sound wave.

Electromagnetism is used in a most headphones. As a result, it is critical to comprehend how electrical resistance influences the headphone and the sound quality you are about to purchase. The resistance of headphones will be measured in Ohms, and if the resistance is higher, more electricity will be consumed to power your headphones.

Because premium and high-end headphone have a greater impedance, they need to be powered by an amplifier. Headphones for mobile devices, on the other hand, have a low impedance and use less power.

Total harmonic distortion (THD) and noise are 2 terms used for describing this property. Noise cancellation and/or noise isolation are common noise characteristics. Noise factors refer to the noise amount that the headphones can prevent or accommodate, whereas THD refers to what degree of distortion. THD refers to sound distortion that occurs when headphone will be used at a higher volume.

The speaker diaphragm vibrates to produce sound in headphones but, at higher volumes, the diaphragm possibly may not vibrate rapidly enough, as a result, there will be sound distortion. The percentage of Total Harmonic Distortion will commonly be used. The lesser the THD, the higher the headphone’ quality. THD is typically less than 1% for most headphones and considerably less for high-end models.