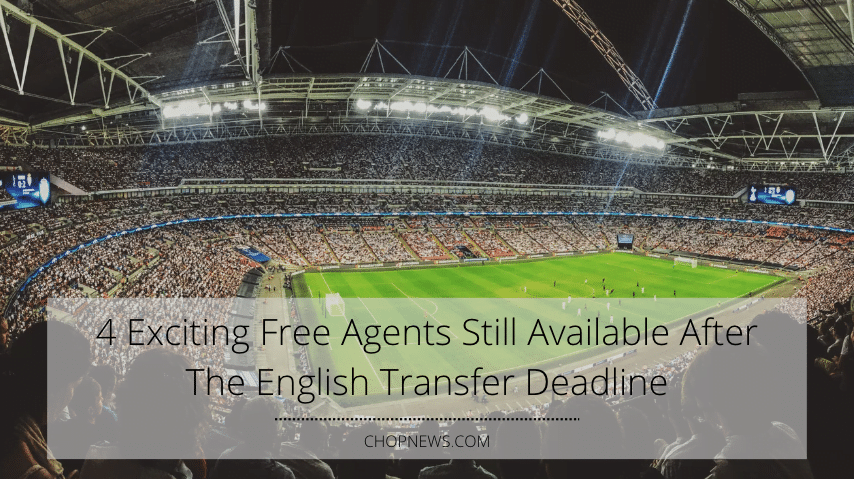 A few days ago, the English transfer market closed dramatically as teams across the nation hurried to complete last-minute deals. Chelsea’s acquisition of Wesley Fofana from Leicester City for £76.5 million was the second-most expensive transfer of the summer, after Manchester United‘s £90.5 million signing of Brazilian Antony.

Let’s take a closer look at some of the top stars that are still looking for a club after the transfer window.

Despite leaving Atletico Mineiro last January, the Brazilian attacker remains without a club. Several European teams have targeted him in recent weeks, but he is yet to commit his future. One of the teams was Salernitana in Italy; however, he rejected their offer. Rayo Vallecano, on the other hand, are still attempting to sign him as a free agent, although conversations have halted over the last week. Let’s wait and see what the next few days have in store for the ex-Chelsea striker. He will undoubtedly be a name to keep an eye out for in the free agency market.

Ross Barkley departed Chelsea just before the closure of the transfer window after his £200,000-a-week deal was mutually terminated. Given his abilities and what he can provide to a new squad, the former Everton star might be an intriguing addition to several English clubs. He’s only 28 years old, and despite certain injuries in recent years, his vast experience can be a significant aspect in finding a new club. Southampton are reportedly interested in signing him, with Ralph Hasenhuttl looking to add a midfielder to his squad. Romeo Lavia’s injury during his team’s 2-1 victory over Chelsea may have made the Austrian’s desire for a new face in the middle of the field a priority.

Borussia Dortmund anticipated Dan-Axel Zagadou to grow as a masterful centre-back when they signed him on a free transfer in 2017. Unfortunately, such a transfer seems not to have reached its full potential, mainly due to several injury setbacks.

Despite this, the centre-back went on to appear 91 times for Dortmund in all competitions, scoring four goals. Manchester United and Inter Milan have both expressed a desire to sign the 6ft 5 defender; but, according to several local news outlets, Zagadou’s agent arrived in Italy a few days ago to conclude a deal for his client with AS Roma.

Joining Mourinho’s squad may be a terrific move for the 23-year-old, with numerous bookmaker sites all over the world, even as far away as Australia, giving the team from the capital strong possibilities to contend for both the league and the Europa League this season.

Denayer, a Belgian international, is now without a club after being released by Lyon and will be anxious to obtain regular action before the World Cup in November.

Denayer, who made 139 appearances for the French club over four seasons, has many enthusiasts running after his signature, including the London-based Fulham.

Wolves, though, are seen to be the strongest contenders, as they have already proposed a deal to the 27-year-old, who has vast experience at the elite of European football.

RSS Full Form: What Is RSS And About All Details