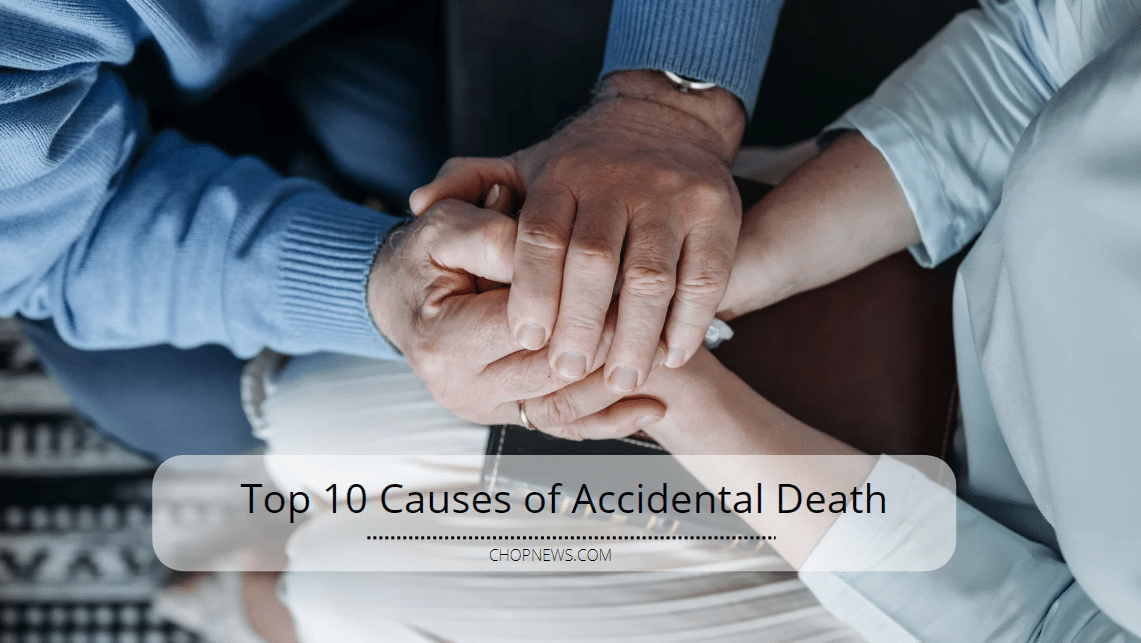 Most individuals suffer from the fear of suffering accidental health. Studies have found that bad diet and living conditions can trigger several diseases, such as hypertension, diabetes, obesity, etc. However, there are a few other circumstances that can claim a person’s life without any prior signs and symptoms. The World Health Organisation states that more than 1.3 million people die annually from road accidents worldwide.

Mentioned below are the top 10 causes of accidental death:

Falling from a high-rise is one of the most common reasons behind emergency hospitalisation. Such an incident can cause blunt trauma and result in the person’s death.

Road crashes are the most common cause of accidental death. The blunt trauma in several parts of the body can cause the death of the patient. However, the extent of damage depends on the vehicle speed, whether the victim had taken adequate safety measures or not and several other reasons.

Drowning is the third leading cause of death around the world. Individuals with greater access to water are more likely to suffer death due to drowning. The respiratory impairment due to submersion or immersion can cause morbidity or death.

Burning to death is another common reason for accidental death. Most deaths related to fires occur due to the inhalation of toxic fumes produced by fires. In addition, scalds due to hot tap water can also cause death and hospitalisation in some cases.

Accidental death by asphyxiation may occur when an individual drowns or becomes unable to breathe normally. Moreover, accidental deaths due to suffocation can also happen during residential fires.

Accidental swallowing of certain substances can lead to sudden death. The extent of severity in such cases depends on the poisoning agent. The easy availability of certain agricultural products has made death due to poisoning more frequent in India.

Extreme temperatures can cause death in several cases. In India, cases of people dying due to immense heat are extremely common. During winter, cases of death due to cold are also rather frequent. People belonging to lower-income groups are more exposed to such situations.

Struck By Or Against

Being struck by or against a heavy object is a common occurrence in a workplace setting. It can also happen during a match when one player accidentally hits another. However, such cases can sometimes be intentional.

Death Due To Machinery

In 2021, around 162 workers died in industrial settings in India. Death due to machinery or other factory equipment is a rising concern in countries across the world.

Mechanical suffocation happens when an object or force keeps a person from breathing. This is a form of asphyxia which can cause death.

Accidental situations like these can come unannounced. To help maintain your family’s financial situation during such uncalled-for conditions, you can purchase an accidental death insurance. You can compare from the various policy options available online and make an informed choice.

There is no one way to prevent accidental injuries or death. However, you can reduce your risk of exposure to such situations by taking enough precautions. Pocket insurance plans are need-based insurance products that extend adequate coverage for different financial requirements of life. One can conveniently avail it from reputed insurers and meet hefty expenses.

No Mercy In Mexico Video Viral On Twitter: Father And Son Viral Video