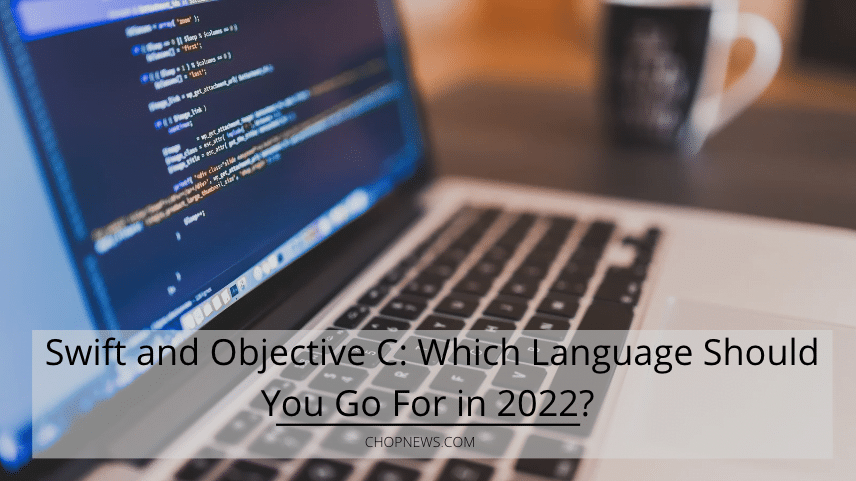 iOS has led the charts for a long time now in its own way when we compare it with Android and to be honest. The toolset developers equip themselves with is to be blamed (in a good way). Apple is known for its creative designs and for producing an overall creative environment for everyone – here’s where Swift comes in.

In 2014, Apple changed iOS development for the better good by launching Swift – a new alternative that was bound to change programming forever. Objective-C (a superset of the C language) has its reservations and did set the foundation for iOS apps but times have changed.

Every iPhone game development company hires developers familiar with Swift. For Millennials and Gen-Z, it is the default choice.

Apple does claim that Swift is 2.6 times faster than Objective-C and was specifically designed to be better than Objective-C. Produce an easy experience for developers basically. Objective-C is ideal in terms of functionality but hasn’t been able to keep up with the latest trends.

Swift on the other hand offers compatibility with iOS development tools like – Cocoa framework, xCode, Mockingbird, and Objective-C.

Keep reading as we further discuss both languages in detail. Swift is our recommended choice. But reflect on your own and come to a decision.

Apple had a vision and Swift was the product. The idea was to create a language that would let developers be more comfortable and easily adapt to the syntax and structure. In the end, this would lead to better productivity and more developers signing up to create iOS apps.

And it did. Swift has an edge. Right now – more than 53% of iOS developers prefer only using Swift to create state-of-the-art applications.

Between 2010 and 2014 – engineers behind Swift knew for a fact that it would take over. Since then, we have seen Swift working smoothly for macOS, watchOS, and tvOS – it works for every device.

Apart from Apple products, Swift goes out of the way with cross-platform collaboration – Linux, Windows, and Android are also compatible in a lot of cases.

There are more than 2.8 million iOS apps out there right now and the number is only projected to grow further. It’s important to remember that Swift is a relatively new language and there are new developments underway every other month.

A web development services company prefers Swift for its leading-edge structure. We see innovations all year round and updates on Swift are worth the hype. Swift 5 was the last major release and quarterly mini-updates are common. A modern-day tool, Swift is here to stay.

Objective-C has a long story behind it, it has been around since the 1980s. A leading name in the programming world, Objective-C is more than just an extension of C. During those times – C and Smalltalk were everywhere and Objective-C was created with the intention of incorporating the best elements from both languages.

Apple realized the potential of Objective-C soon enough. It was the tool that made the existence of macOS (Mac OS X) possible at the time.

Apple and NeXT have history. We all know that. But here’s the interesting bit. NeXT, Inc had acquired rights to Objective-C for its NeXTSTEP operating system.

Later on, Apple eventually overtook NeXT in the 90s and that’s how Objective-C got to Apple and became the standard programming language for the next two decades.

Objective-C is object-oriented and has a dynamic runtime. Perfect for iOS apps. It did work well for Apple but was unfortunately not sustainable in the long run. Developers still rely on Objective-C to an extent but rarely will you a project built on the language without influence from Swift.

Everyone’s main concern with Objective-C was its outdated nature and overall structure. As Objective-C is dynamic – it can be a bit concerning too.

Any development  company who offer locally, like mobile app development dallas would face difficulties in executing codes with debugging issues. The support system isn’t up to the mark. Long compiling time combined with a difficult syntax drove interest away.

For experienced coders – picking up Objective-C isn’t an issue but upcoming generations prefer languages like Python and Java. Also, from a consumer perspective – apps designed on Objective-C are more prone to security threats.

Swift is powered by Apple. It was developed while keeping these issues in mind. Even though Objective-C was the first choice for many knowing the fundamentals of the language will give developers an edge – it shouldn’t be the main focus.

Why Swift is Ahead

Again, Swift was designed to meet the drawbacks of Objective-C. Every core issue with Objective-C was solved to a very high extent with Swift. Here are just a few highlights:

If we go into detail – It’s not ordinary maintenance and the same for everything else. Developers need to go through various hassles (header files) while Swift offers quick and easy maintenance measures.

Lastly… the community. Every coder needs a support system, a group of people creating the same product. Yes. There are veteran developers well-versed with Objective-C and you can always check out different sorts of source code but there are forums for Swift where people are always experimenting. To sum it up – Swift is leaning towards innovation while taking inspiration from Objective-C.

Can I Get a Job with Swift?

The quick answer would be yes. If we talk about the actual concerns of developers, we need to look at Swift in the long run. Will it go obsolete? Will Apple keep supporting it? Let’s look at what the figures and communities say.

Swift is free to use and is open-source. Anyone can play around with the language and input their own insights (debugging/enhancement) into the code. Software developers have an open room. According to most surveys, Swift ranks as the 14th most popular programming language.

And is listed as one of the most in-demand languages right now. Swift developers earn up to $150,000 annually and as they progress – the salary range grows. Today, there is also a lot of inclination towards hybrid app development because of the amazing cost benefits.

When Apple launched Swift – it was even directly marketed with the statement – Objective-C without the C. We urge you to reflect at this stage and figure out the industry you would want to work in and which would help you further excel career-wise.

For iOS development to progress further and lead the market in terms of producing quality applications – Swift played an important role. Let the numbers speak. After 2014 (Swift was created) – we have seen exponential growth in the impact Apple was creating.

So, learn Swift right now. Open Youtube and see tutorials. Or get a more detailed overview of the language through courses on Udacity or Codeacademy.

The Best Standing Desks for Upgrading Your Home Office

What types of conditions can PEMF therapy treat?

Looking for the Best Bluetooth Earphones? Check Out These 5 Hearables

Where To Watch Wolf Of Wall Street? Streaming Services & Offer