Larry Storch, a comic actor best known for playing the outrageous Corporal Agarn in the famous 1960s television sitcom F Troop, has passed away, according to his manager. He was 99.

According to personal manager Matt Beckoff, Storch passed away peacefully early on Friday in his New York City apartment. 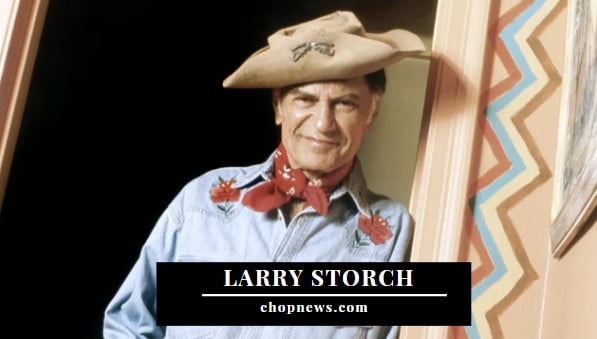 According to a message on the actor’s official Facebook page, “died away overnight while sleeping. At the moment, we are speechless and in shock. Please keep in mind that he cherished every single one of you and would not want you to weep over his passing. He is reunited with his wife Norma, the F Troop cast he adores, as well as a large number of friends and family.”

Storch, a native of New York who made several film and television appearances over the course of a long career, received an Emmy nomination in 1967 for his portrayal as Agarn in the western spoof F Troop for outstanding continuous performance by an actor in a prominent part in a comedy series.

The program only ran on ABC for two seasons in the middle of the 1960s, but thanks to syndicated reruns, it developed a devoted cult following in the years that followed.

Storch portrayed the vivacious but not particularly intelligent protege of Forrest Tucker’s cunning Sergeant Morgan at the fictional Fort Courage in the American West in the 1860s. Ken Berry appeared on the show as the inexperienced Captain Wilton Parmenter.

A potent blend of slapstick, physical humor, and biting one-liners were delivered at breakneck speed in the politically incorrect show, which included White actors portraying caricatures of Native Americans.

Veteran of the U.S. Navy during World War II, Storch was good friends with Tony Curtis, a fellow New Yorker he first met while working as a radio operator in the Marshall Islands.

After the war, Curtis rose to fame as an actor and asked that Storch join him in films including The Great Race, Sex and the Single Girl, and Captain Newman, M.D. (1965).

In the 1940s, Storch started out as a stand-up comic and impressionist performing on the resort circuit in the Catskill Mountains.

In the following decade, he made his television debut, and during the following three decades, he appeared on a number of popular sitcoms, including Married… with Children, Fantasy Island, The Love Boat, Get Smart, Love American Style, Gilligan’s Island, and Car 54. Where Do You Go?

Storch has a successful career as an animated series voice actor in addition to her regular roles in television and movies. His credits there included work on well-known animated series like The Brady Kids, Sabrina, the Teenage Witch, and Tennessee Tuxedo.