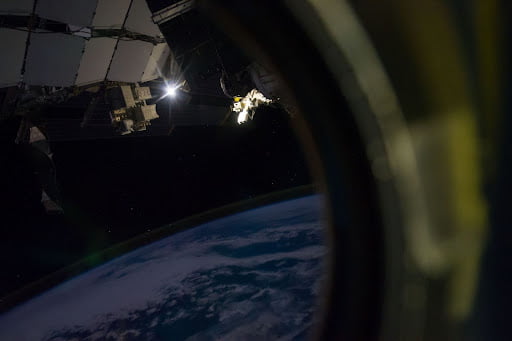 How Are CubSat Cameras Used in Space Mission & Why This Tech is Important?

Satellite cameras and CubeSat cameras are more sophisticated with every day that passes. CubeSat cameras have also grown to be very important, no matter if they are used for observing the Earth or performing more advanced research. Remote sensing technologies today are simply terrific and provide all sorts of opportunities. If you want to capture and analyze the images received from CubeSat cameras, you can predict almost anything that’s going to happen on Earth. You will get not only multispectral but also panchromatic and hyperspectral images.

CubeSat cameras are bringing the future when it comes to progressive technologies and what’s being observed on Earth today. Both CubeSats and their cameras are small and versatile. Today, most CubeSat cameras are used for many climate monitoring and disaster response. Usually, CubeSats are not over 4 inches on all their sides, yet there could be some variations. And CubeSat camera variations will depend on a mission type. Bob Twiggs from Stanford University, together with Jordi Puig-Suari from the California Polytech State University designed some of the first CubeSats in the late ‘90s.

CubeSat camera modules were first accessible only to companies that had the capacity to finance space access. Technological advancements have allowed prices for any space mission to be reduced. As soon as CubeSat optical cameras were introduced, space companies started using them more often than ever. Small satellites, including CubeSats, and their cameras have removed space barriers for companies of all sizes.

What Is CubeSat Camera and How do Scientists Use It? 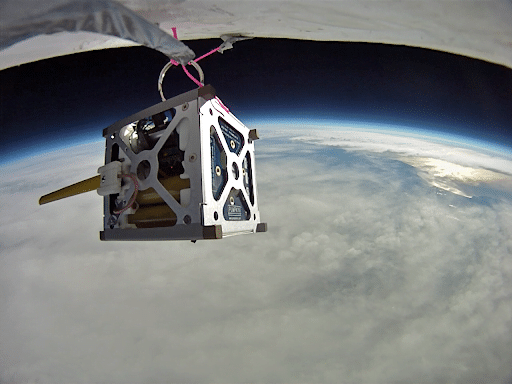 CubeSat tech augmented the technical field through simultaneous acceleration in the micro-and nano-, as well as miniature technologies from technical fields such as electronics, telecommunications, fluidics, sensors, optoelectronics, instrumentation, and materials. Such a technological wave enabled the development of many new autonomous and miniaturized CubeSat camera systems or instruments that make it easier for scientific measurements and experiments to be conducted on miniaturized platforms.

CubeSats cameras were adopted by space agencies from all over the world. CubeSats have been subjected to scientific tests so that all missions were successful. The most prominent CubeSat programs are being conducted at NASA and the European Space Agency (ESA). They are funded through the Student Space Exploration program and Technology Initiative (SSETI).

CubeSat cameras function at many different levels, according to the mission type. All CubeSats in a constellation provide not only flexibility but also adaptability. New functionalities and services can be implemented so that CubeSat satellite constellations are renewed. CubeSat resolution is quantified through Modulation Transfer Function (MTF), which resolves power and the details visible within the image. The results show how spatial frequencies have been attenuated within the imaging path.

CubeSat camera resolution is all about transferring contrast from an object that’s original to the plane image at a frequency that has been specified. Parts of the filtering chain determine the direct filtering effect, determining how much contrast has been transferred. Those who are interested what are new technologies in space gather information about the subject and analyze CubeSat camera images for visual purposes.

What Are CubeSat Camera Capabilities: Some Examples

ZACubesat-2 and nSight-1 produce high-quality images that are adequate when it comes to fulfilling monitoring and cartographic applications. nSight-1 has been proven to show plenty of capabilities in the agricultural field, land degradations, surface water resources, and all sorts of geomorphological processes. In a similar manner, the K-Line Infrared Sensor boarded on ZACubesat-2 collected all sorts of imagery that can help with vegetation delineation, fire monitoring, and wetlands detection. The AIS instrument on Cube-2 is monitoring illegal vessels passing in the South African EEZ.

Many small enterprises are investing in CubeSat camera systems, which have reached maturity and deploy all sorts of operational purposes. For the past decade, South Africa’s CubeSats have been placed into training university and engineering students. CubeSats work as training educational platforms, demonstrating that they have all sorts of engineering capabilities and can host scientific experiments related to space at lower costs. There are favorable costs when it comes to developing small-size CubeSats that are built according to a unified standard. CubeSats and their built-in cameras are relatively affordable tech, and their unified standard ensures a short manufacturing timeframe.

In South Africa, satellite engineering students have used CubeSat training tools and cameras in universities. The technology there has reached a certain stage and ended up having operational applications. The areas where CubeSats cameras are being deployed include surveillance, space weather monitoring, meteorology, and telecommunications. South African CubeSat cameras have all sorts of emerging applications that provide consistency with global trends. There are many research domains that can be used for all sorts of purposes. Laboratories and science facilities are using them to help the world become a better place by keeping track of natural disasters, climate change, and pollution levels.