The British driver scored his 97th pole position setting him up for another race win which will make him the most successful F1 driver of all time. 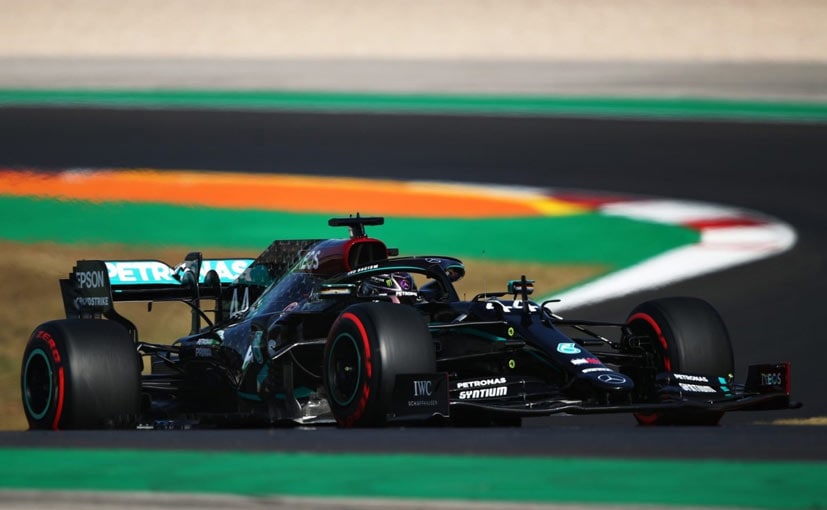 Lewis Hamilton scored yet another pole position by slightly edging out his teammate Valtteri Bottas who topped the timesheets through practice, Q1 and Q2 at the very first F1 race at Portimao for the Portuguese GP.  Red Bull’s Max Verstappen managed P3 who will be joined by Ferrari’s Charles Leclerc at P4 in the second row, who arguably drove the lap of the session to propel the struggling scarlet car. Sergio Perez in the Racing Point managed P5 who handily out-qualified his teammate Lance Stroll who just managed P12. Alex Albon managed a solid P6 in the Red Bull while the McLaren pair of Carlos Sainz Jr and Lando Norris managed P7 and P8 respectively.

Also Read: Toto Wolffe Is Against Converting Nordschleife For F1

Pierre Gasly again pulled in an impressive effort with the AlphaTauri with P9, while Daniel Ricciardo just managed P10 in the Renault after failing to run in Q3 after a crash at the end of Q2. His teammate Estaban Ocon was not far behind in P11. Daniil Kvyat in the other AlphaTauri just managed P13.

George Russell in the Williams put in a surprise performance that elevated him to P14 ahead of Sebastian Vettel’s Ferrari who continued to struggle and managed just P15. Kimi Raikkonen again found himself behind his former teammate Vettel at P16 in the Alfa Romeo followed by his teammate Antonio Giovinazzi in P17.

The outgoing Haas pair of Grosjean and Magnussen managed P18 and P19 respectively, while Nicholas Latifi was the last car on the grid at P20.

Which Prince will take the Crown: Who Will Win the Ballon d’Or this year?

8 Reasons Why You Must Utilize Bitcoin Up