Why is Realme one of the best camera phones under 20000?: Cameras have become the most-used feature on our smartphones over the years.

From capturing and sharing our treasured moments on social media to scanning those important documents, the cameras on our smartphones make everything possible. Being the most desired parameter, they are a big selling point in smartphones nowadays. 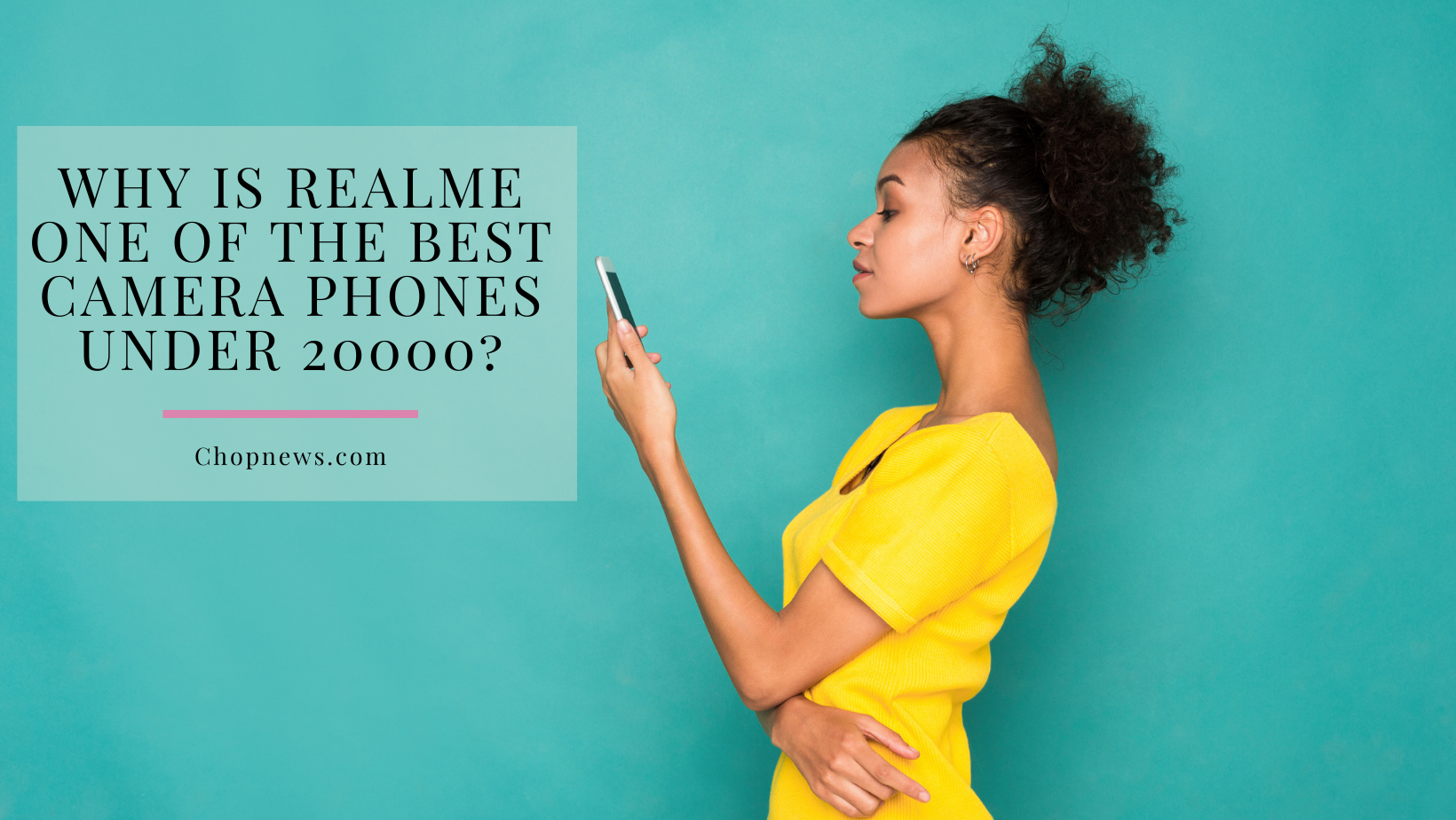 This growing need has led to phone makers constantly upgrading and innovating camera hardware and software to bring forth the latest technology to users. Most top-end smartphones have partnered with camera companies to launch mobile phone cameras which can compete with professional cameras. After all, a phone is a camera you carry along with you. So why not have the best so that you can turn life’s precious moments into lasting memories?

Realme is one of the fastest-growing brands and is in the Top 5 brands in India. One of the major USPs of Realme phones is their best-in-segment camera, which beat the competition by a mile. If you are looking to purchase a realme mobile online, then here are some reasons you can bank on –

The camera has always been the crowning glory of all Realme phones. With the launch of the Realme 8 Pro priced under 20,000, the brand has just taken phone photography to another level. A whopping 108 MP primary camera along with an 8MP ultrawide angle snapper and two 2MP cameras for capturing the depth and macro shots is almost unimaginable at this price segment and Realme doesn’t fail to impress us here.

Realme is a trending, vibrant brand and is known to launch industry-first innovations in its smartphones. Realme took a giant leap in a market dominated by 32MP and 48MP camera phones and was the first to bring the 64 MP camera phone to the country. Priced under 20,000, the Realme XT raised the bar in mobile photography back in 2019. Since then, Realme has been on a sprint to introduce the latest technology and pioneering inventions in all their subsequent phones

Realme has always been untiring in its efforts to elevate its camera experience for smartphone users. Catering to the unique needs of individuals, it pioneered the ‘Starry Mode’ in the Realme 7 series which allows astrology lovers to capture the night sky with excellent precision and clarity.

This is the result of extensive testing in different countries and geographies by harnessing the power of astrophotography for clearer stars and more vivid colors. The Realme 7 at a starting price under 15,000 ensures that this advanced photography is within reach of budget segment users.

While most phones compete on the Megapixel count or face filters, Realme is working on other hidden enhancements like the Zoom functionality which gives users a clear edge and allows them to avail themselves a professional camera experience on their smartphone.

The Realme X2 Pro was the first 64MP camera to feature the 20X Zoom feature as a pioneering camera brand. The latest Realme X3 Super Zoom is one of the latest and best camera phones trending in the market.

Priced under 30,000, this phone stands true to its name with a new periscope zoom lens and 60X zoom capability which allows you to click distant objects, making it ideal for nature enthusiasts and bird-lovers.

Realme has been able to promote its camera-centric phones strongly, and in fact, it is one of the main competitive advantages it has to offer while competing with industry giants like Xiaomi and Samsung.

And superior camera set-up is not restricted to its premium flagship models only but trickles to the ultra-budget segment as well. The Realme C11 priced under 10,000 was touted as the first phone to feature the Super Nightscape Mode making it one of the best night shooters in this segment.

Camera images are not the only thing going for Realme phones. With the social media rage, many users turn to their smartphones for shooting high-resolution videos. At a starting price of Rs. 24,999, the new Realme X7 Max houses a 64 MP quad rear camera with a primary Sony IMX682 sensor.

In addition to interesting modes like the super nightscape and AI portrait mode, this phone can shoot slow-motion videos at 960fps and 4K videos at 60fps among others, and offers electronic optimization for enhanced clarity.

The phones are gaining increased popularity owing to their inherent ability to incorporate premium features into a mobile device at a price-point you wouldn’t expect, whether that’s a budget phone that will surpass expectations or the recently launched flagship killer phone like the Realme GT 2021 priced under 40,000.

In a short period, it has become a force to reckon with in the Indian smartphone market. With its superior camera phones sitting comfortably under the 20,000 price segment, it would be difficult to ignore a Realme phone during your next mobile purchase.

How to Activate SBI Debit Card | State Bank of India