All X-Men Movies Ranked from Worst to Best: The X-Men movies came to the rescue of superhero movies at the beginning of this century. But unfortunately, the existing ones had created an impression that the heroes were not too serious and the whole concept of a masked hero sounded a bit funny.

However, even with the superhero franchise at its best, the movies never topped headlines on many occasions despite good control from the Marvel Cinematic Universe directors. But to agree with the statement, one must watch the X Men movies in chronological order. 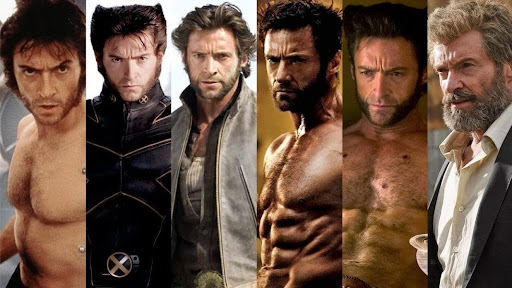 Some of the releases among the franchise were better or worse than others. The order of the movies from worst to best is featured below.

Logan and his brother Victor, aged more than two hundred years, get recruited by an army colonel named Stryker in modern days.

Hugh Jackman gives his all to the X-men movies, but this time he couldn’t save the X-Men Origins from flopping. One thing that makes it flop is the script itself wasn’t going anywhere. It seemed it was a spinoff of Deadpool, especially when the Deadpool character gets introduced to this film.

When Jack sees his claws for the first time, it is not as you would have expected because they look like what you would expect in an animation film. X Men’s origins have to be the worst they have ever made.

The first most powerful mutant awakens after more than a thousand years and is unhappy with the current state of the world. So, he assembles a mutant army to “cleanse humankind,” and Professor X has to stop him from destroying humankind. There is nothing as bad as a superhero film with an uninteresting villain present in the X-Men Apocalypse. It consists of great moments, but it’s the weakest movie of them all.

As the protectors of peace are on a mission, Jean Grey gets possessed by a dark ancient power that has destroyed anyone it came into contact with. Soon, it becomes unstable, and she is characterized by destruction. The X-Men have to save their friend or the world around them. The Dark Phoenix second attempt of Simon Kinberg as a director was an improvement but not by much. The spectacle was great, but it is not a movie that you will forget with time.

With the tension between humans and mutants, Professor Charlie sends out Storm and Cyclops to retrieve two mutants who have run away from their homes. Unfortunately, Rouge and Logan, the missing mutants, are targeted by the opposing mutant community that wants to start a war.

None of the X-men movies would exist if it wasn’t for the X-Men original. It’s one of the best, if not the best, of X-Men. Interesting and fun from the beginning to the end.

The movie introduces the new superhero, a former Special Forces operative named Wade Wilson. An illegal experiment leaves him with astonishing abilities that enable him to heal or be indestructible as he grows back. So he takes a mission to take revenge on the person who destroyed his life. It stands out as one of the best X-Men movies because of Wade’s sense of humour.

Logan, also named The Wolverine, is forced to leave his solitary life and fly to Japan. Unfortunately, he falls into a trap, and his near-immortal existence gets threatened. The trap only pushes him to his limits, and he emerges stronger after his triumph. The modern touch and the dramatic irony make it among the best X-Men movies. The plot is more interesting because The Wolverine does not have a team to help him.

Wade Wilson is now a contracted mercenary, and after failing to attend to a mission, his girlfriend gets killed. Even though he takes revenge, he still blames himself enough to blow himself up. Colossus puts together Wade’s pieces to rebuild him and convince him to join them. With the previous film setting high standards, this sequel did not disappoint. Viewers got the same humorous action plot.

Stryker tries to cause trouble in Professor X’s secret mutant school. Magneto had been imprisoned there, and his partner sought to save him. This is not until the attack from Stryker causes the professor and a few more to escape. Magneto’s team have to join forces to stop Stryker. This one is among the few movies where all the X-Men teamed up, and viewers witnessed the different combinations of power that are always against each other.

The plot is of two young men who discover their incredible powers. It shows the origin of the mutant leaders and helps in understanding the plots. Erik and Charles work together to recruit a group of mutants to stop Dr. Shaw before becoming Professor and Magneto. But, instead, Dr. Shaw wants to start a nuclear war to increase his power.

Sentinels are killing mutants and any humans who support them in the future. After learning their origin, the new teamed-up mutants’ solution is to stop the Sentinels. Unfortunately, only The Wolverine can withstand travelling back in time. The future depends on his success. The new venture into time travel, which the other movies had not featured, makes it more interesting.

The X-Men are separated, and Logan, whose powers are reduced, takes care of Professor X while working as a chauffeur. However, this is not until he discovers a child created from his DNA. This becomes Logan’s last war as he saves his daughter from the powerful corporation after her. With the rumours that it would be the last movie featuring The Wolverine, everyone was keen to watch, and the plot became a special one for true fans of the X-Men.

The X-Men movies are entertaining and have plots that relate, and this can be seen by watching them in their order of release.

How to appear in the Lord’s honours boards