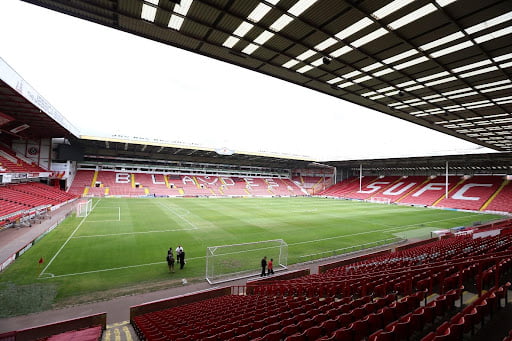 As the 2022-23 Championship season begins to gather pace, it’s starting to become clear which teams are best positioned to mount a challenge for promotion. The Premier League is the promised land for English football clubs, and the riches that come with top-flight football are hugely alluring to the owners of Championship teams.

As the table starts to take shape, let’s take a look at a few teams that are bound to be there or thereabouts come the end of the season.

Many people’s favourites for promotion in the English Championship betting odds, Sheffield United have started the campaign in tremendous form and look likely to be occupying the upper positions in the table for some time.

Having missed out on the play-off final last season after a heart-breaking penalty shootout defeat to Nottingham Forest, Paul Heckingbottom has consolidated his charges, and the Blades are looking especially sharp this time around. Sleek going forward and solid at the back, Sheffield United are looking good value for promotion.

Having been something of a yo-yo club over the past few seasons, Dean Smith is hoping to get Norwich City back in the Premier League once again. The Canaries had a bit of a stuttering start to the campaign, but they have won five games on the spin at the time of writing and are finding their feet in the second tier.

Smith has plenty of experience under his belt, and he’ll be relishing the prospect of getting Norwich promoted and establishing them as a Premier League outfit.

There have been more draws than new Burnley boss Vincent Kompany would have wanted at this early stage of the season, but overall, the Clarets have made a decent start to the post-Sean Dyche era. Burnley will be desperate to return to the Premier League at the first time of asking having spent six years in the top flight before their relegation last season.

It’s a great chance for Kompany to prove himself as a coach, and if the former Manchester City captain can win promotion with Burnley, his stock will raise significantly.

The other team to be relegated from the Premier League last season was Watford, who are being backed in the Championship football tips to bounce straight back to the top flight. Like Burnley, the Hornets have had some mixed results to kick off the campaign, but you’d expect their quality to shine through in the end.

Former Forest Green Rovers manager Rob Edwards is the man charged with getting them back to the Premier League, in a change of pace from the usual manager profile Watford’s owners pursue. Time will tell if the appointment pays off.

For much of last season, Blackburn Rovers were looking good value for a spot in the play-offs, but their form tailed on slightly under Tony Mowbray, leading to an eighth-place finish. Manager Tony Mowbray has since departed the club, with Jon Dahl Tomasson taking the reins at Ewood Park.

The former AC Milan striker has inherited a talented group of players, including star striker Ben Brereton Díaz, and Blackburn have made a decent start to the season. Could they make a return to the Premier League after 10 years in the second tier?

How to bet on the Masters 2022 Tournamenåt

What Was The Cause Of Death For Eli Rodriguez?