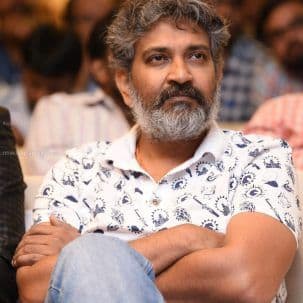 S.S. Rajamouli – a mere mention of the name alone is enough to evoke awe and wonder, conjuring visions of grandeur, opulence and an epic scale in every sense of the word. Nobody in Indian cinema since K. Asif is better adept at milking a grand budget to transport the audience to a different realm through their cinematic canvas. However, with such expectations comes the burden to deliver and understand that proverbial burden of expectations does Rajamouli ever feel his creativity as a Director being stifled? In the aftermath of magnum opuses such as Magadheera, Eega, Baahubali, RRR and possibly his next, too, with Mahesh Babu has he ever had to quell the desire to make a smaller film, to tread a different path, to just take a break from going big? Well, the filmmaker himself got candid while clearing the air about his creative urges in an exclusive interview with BollywoodLife. Also Read – Ajay Devgn and Kajol’s daughter Nysa’s transformation proves that she is Bollywood ready – view pics

“After Magadheera, I made a very small film with a comedian as a hero, Maryada Ramanna. So, the mindset is the same. Why I did Maryada Ramanna… because I found an exciting story. Why I did Makkhi (Eega, in Telugu)… because I found an exciting story. Why I did Magadheera or Baahubali or Yamadonga is again, because I found some exciting story. Once I find it (the story), whether big or small, it doesn’t matter. I never, ever feel the pressure of the audience’s expectations. In fact, that is a boost for my energy – if so many people are expecting you to tell a good story, then you have so many people as your first audience. You have a guaranteed audience. So, that’s a boost for me,” SS Rajamouli said. Also Read – Ajay Devgn, Madhuri Dixit, Shahid Kapoor and more Bollywood biggies who will make an OTT debut in 2022

Unfortunately, Director S.S. Rajamouli’s eagerly awaited epic, RRR, starring Jr. NTR, Ram Charan, Ajay Devgn and Alia Bhatt, has been postponed due to the threat posed by the Omicron variant of COVID-19, and theatres again facing a nationwide shutdown, with some states already having downed the shutters on cinema halls. There’s been no development yet on the next release date. Also Read – The Kapil Sharma Show: Angry Krushna Abhishek gives a stern warning to Kapil Sharma after he falls on stage

feed post - January 21, 2022 0
Bibiano Fernandes is aware that he'll have to mix things up against John ‘Hands of Stone’ Lineker if he wants to successfully defend his...
Read more