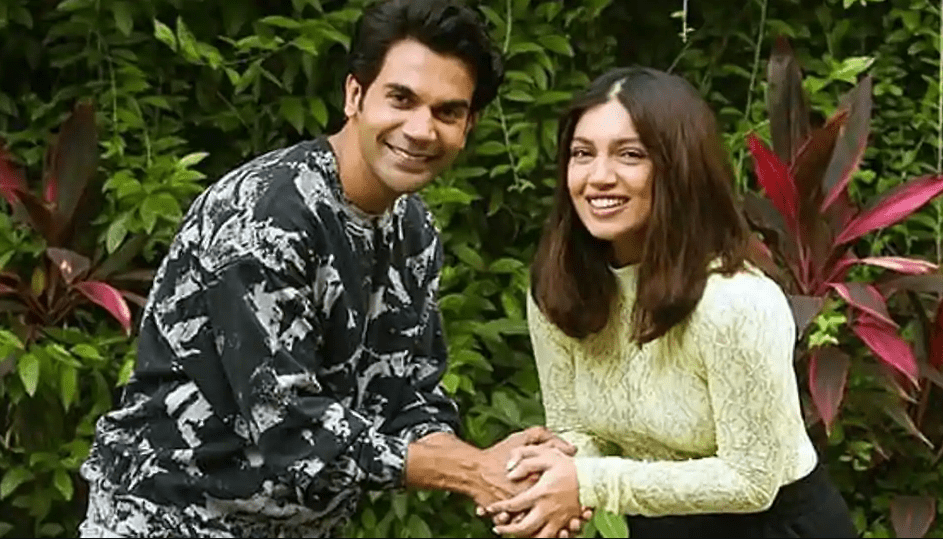 Rajkummar Rao and Bhumi Pednekar will be coming together for the first time in the second instalment in the Badhaai Ho franchise. Today, it has been two years for Ayushmann Khurrana and Sanya Malhotra’s Badhaai Ho and the makers, Junglee Pictures have announced Badhaai Do, which will go on the floors in January 2021. Rajkummar Rao will be seen playing the role of a Delhi cop, the only male cop in a mahila thana while Bhumi Pednekar will be seen in the role of a school PT teacher. Badhaai Do is written by Badhaai Ho writer Akshat Ghildial and Suman Adhikary. It will be directed by Harshavardhan Kulkarni. Rajkummar Rao spoke about Badhaai Do and his character in the film in a statement. Also Read – Chhalaang trailer: Lazy PT teacher Rajkummar Rao takes up sports ‘seriously’ to woo Nushrratt Bharuccha

He said, “I am happy things are picking pace and the wheel is moving again. Badhaai Do is a special film for me. I am glad to take up this nuanced character who has layers of conflicts to resolve in and around him. As far as preparations are concerned, i have my own process of preparing a character and also this time it is the setting of this character in Badhaai Do that makes it unique. The audience is in for a surprise, which will unfold with time. I am happy to reconnect with the audience on special occasion of Badhaai Ho anniversary, the film was an absolute delight and one of my most favourites.Badhaai Ho is a very special film and the whole team together made a beautiful film which was loved by everyone around the world. Though the setting of our film and the story is very different from Badhaai Ho but the unique story and these entertaining characters will be so much fun for the audiences to watch.” Bhumi Pednekar also spoke about her character. She shares, “I have played many different roles previously in my films but my character in Badhaai Do is truly special. I loved the script since the first narration as the subject is very relevant and is packaged in the most entertaining way. Since this is the first time I will be working with Rajkummar, I am super excited as we begin our shoot soon. Badhaai Ho has been one of my favorites and it feels amazing to take this franchise forward.” Also Read – The White Tiger: ‘It’ll make you uncomfortable,’ Priyanka Chopra Jonas on her new movie

Badhaai Do director, Harshavardhan Kulkarni said, “My heartiest wishes to team Badhaai Ho on the second anniversary of this gem of a film. I am super excited to be a part of this franchise, Badhaai Do. Family comedies are evergreen and the idea was to create wholesome entertainment that can be enjoyed with the entire family. Since pandemic we have been able to do some reading sessions and the chemistry between Raj and Bhumi is so palpable that I am really looking forward to capture this for the big screen. Our pre-production is in full swing and we will start filming very soon in January.’ Also Read – Spotted: Ram Charan looks macho, Riddhima Pandit look super-sexy, Aditi Rao Hydari is all smiles.

Who Is Carter Rubin? — About The Teen Singer On ‘The...

Do you think Nishant Singh Malkhani deserved to lose his captaincy?...

Getting these ratings in Navratri is a sign of the divine...