Poker Game Texas Hold’em : Poker is one of the most well-known card games. It is played casually and competitively all over the world and has become a sensation online thanks to the spread of online casinos.

It has its roots in 18th century France, before travelling to America with the colonists. It was then that poker really took off and became a game of the people, with card houses in New Orleans regularly hosting games. Poker was also often played on the grand riverboats that cruised up and down the Mississippi. In fact, it has been rumoured that the term ‘river’ for the last card dealt, comes from the fact that card cheats who dealt an extra final card would be tossed overboard!

There are many different forms of poker that vary the number of cards dealt and the betting opportunities, and the most common of these is Texas Hold’Em. 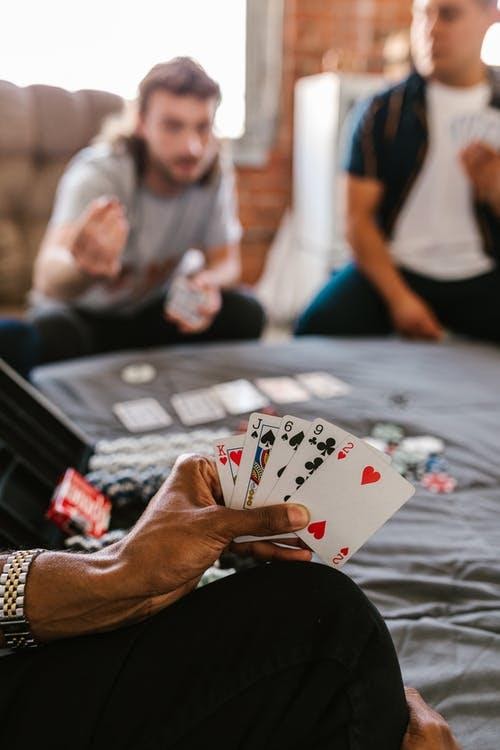 A Texas Hold’Em table has a maximum of nine players, and in a tournament, play continues until just nine are left in a head to head battle. A total of 7 cards are dealt each round, with players trying to make the best 5-card poker hand from a combination of private and public cards.

Texas Hold’Em is a tense and skilful game where players need to know much more than just the rules in order to have some success. Being able to read opponents, anticipate plays, and pull off well-timed bluffs, are all important aspects of a player’s tactics. But let us start with the basics; of how to play Texas Holdem poker:

Each player starts with two private cards that only they can see. These are called your ‘hole’ cards. Players are then given a chance to bet or pass, based on what chance they think they have. A good set of hole cards would be a picture pair, or any picture with a suited connector – for example Q and 9 of spades.

The first two players to the left of the dealer are called the small and big blinds. They make compulsory bets to ensure there are some coins in the pot.

This means that if you are in that position, you might end up playing with a less-than-ideal hand. It also adds a bit of an unpredictable element to the next part of the round, as players with lower cards might be in with a chance of a straight or flush draw.

Once all the players have decided whether they are in or out, and any raises have been met, the dealer deals 3 cards face up in the centre of the table. These cards are knowns as the ‘flop’ and they are community cards which can be used by anyone to make the best hand.

Players are now given another chance to bet, raise, or fold their hands before any more cards are dealt. Good players will analyse the flop and be able to work out what kind of hands people might be trying to make.

Players who bet eagerly, or even raise, have probably made a pair or a three, while those who are cagier might be waiting to see what the next cards are and hoping to make a flush or a straight.

The Turn and The River 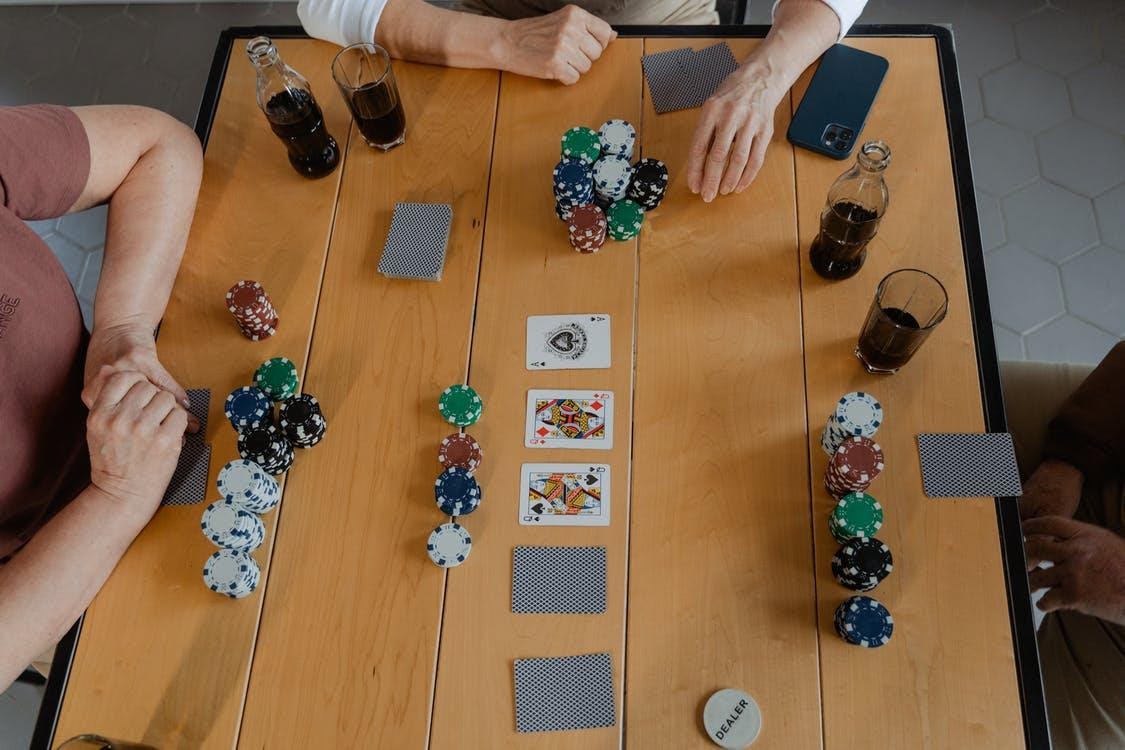 The next card dealt is called the ‘turn’ and this is also a community card. The fifth and final card is called the ‘river’. After each of these is dealt, the remaining players have a chance to bet, raise, or fold. This is often the stage where players try to pull of bluffs, especially if they have missed getting the hand they’ve been aiming for.

Once everyone has finished with their betting, one of two things will happen. If there are multiple players still in, they have to reveal their whole cards and declare what hand they can make.

This could be using both, one, or none of their private cards, combined with a selection of the community cards. The player with the highest ranked hand will win the pot.

If all players but one has folded, the remaining player wins the pot without having to reveal their cards.

This means their opponents won’t get to know whether they were bluffing or had a genuine hand – this can be frustrating, but it also adds to the intrigue of the game, as the player can play a similar strategy on a subsequent hand without their previous results going against them.

Of course, they can show the cards if they want to – sometimes it’s fun to reveal that you were bluffing all along! 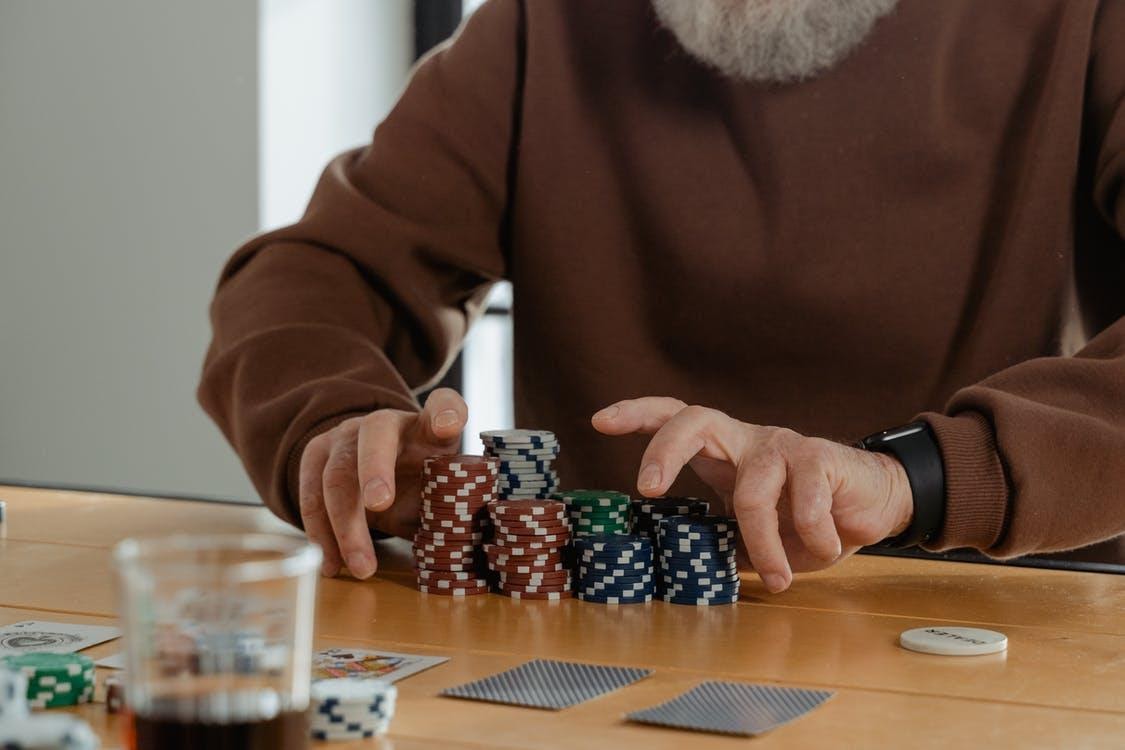 One of the biggest advantages you can gain in a game of Texas Hold’Em is being sat in the right seat. While you can’t affect this decision in an online game where the casino automatically assigns positions, at a table game you should try and sit as close to the right of the dealer as possible.

This means you will be one of the last players to make a decision and you will have the benefit of seeing what most of the other players do.

This can help you decide how to play as it gives you more information about what cards people might have. The dealer button will rotate round so that everyone gets a turn but playing the first few hands with this advantage could be crucial to your strategy.

Watch how your opponents play and work out who is aggressive, reserved, or easily spooked. Working out how they play will help you when thinking about the possible hands that could be against you.

If someone bluffs aggressively and then suddenly goes quiet, it might mean they have a good hand and are trying not to scare people away from adding value to their winning pot.

Texas Hold’Em rules are easy to learn, but the strategies of how to play successfully take years to master. But there’s a reason why this variant is popular; no other form of poker has the potential for as much tension, fun, and spectacle at every level.

Apple Wants $1 Billion From The Samsung At Smartphone Retrial