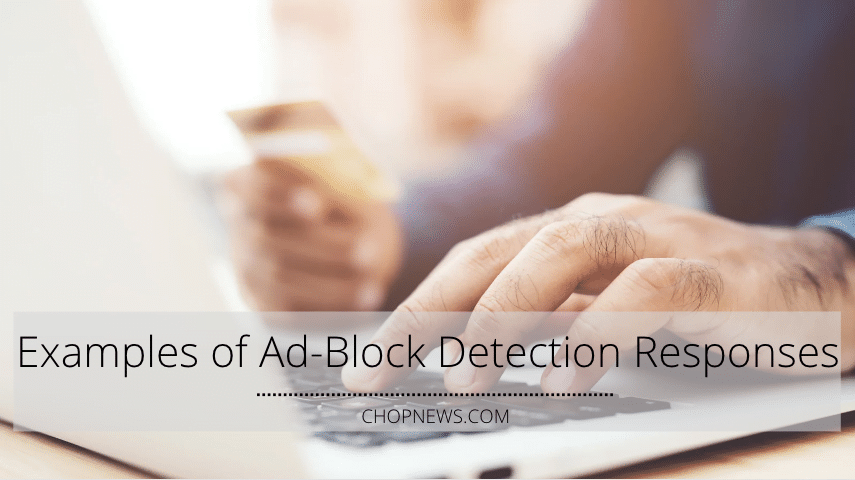 Online publishers who largely depend on internet advertising to sell their goods see the emergence of ad-blockers as a danger to their business.

Publishers have begun to take action against this danger by implementing anti-ad-blockers, which look for users who are blocking ads and respond by urging them to whitelist the website or disable their ad-blockers altogether. There is currently a new arms race on the Web as a result of the conflict between ad-blockers and anti-ad-blockers.

How do ad blockers work?

Ad blockers begin to function as soon as a page begins to load in the browser. When a user installs an ad blocker browser extension or plugin on their computer, the ad-block immediately scans every website they visit for scripts. Then, a database of well-known ad scripts is used to compare these scripts. The presentation of these ads will be prevented if any of the scripts match.

How are ad blockers discovered?

Both ad-blocking and anti-ad block technologies have advanced along with it. Publishers can now employ a variety of established programs, plugins, and JavaScript codes to detect ad blockers.

Ad blocking operates by including so-called “bait content” on a website’s pages. Despite frequently being as tiny as a pixel in size and being undetectable to consumers, this bait content displays ad blockers as advertising material. The ad blocking code examines the characteristics of the bait data after a web page has completed loading to see if it is still visible. The detecting algorithm recognizes the presence of an active ad blocker if the bait content has been concealed.

The following is a basic illustration of bait content:

Most ad blockers are attracted to the class name “banner ad” in the aforementioned example because it can be found on their blacklists.

The goal of the Interactive Advertising Bureau is to solve the problems with modern marketing. Publishers and ad technology providers committed to research and development make up this group. The IAB ad-block detection script was produced by them. Testing of this code has gone well on Chrome, Safari, Firefox, and Explorer.

There are many detecting plugins available, similar to adblockers. Although they may have different features, all of these share the same fundamental functionality. Some of the most widely used AdBlock detection plugins are listed below:

Before committing to a plugin over the long term, consider its features and potential application areas. These all have various features.

What can publishers do following the discovery of ad blockers?

Currently, 30% of publishers employ scripts to identify ad blockers. Then, what comes next? How can publishers negotiate this situation so that they can recover any potential lost revenue without alienating site visitors, given that ad blocker users are obviously against display ads?

Restoring user control of the situation is the solution. Reputable publishers like Forbes and Business Insider accomplish this by providing messages that discourage ad blocking. Anti-ad messages appear in the users’ browsers, asking them to enable their ad blocker in exchange for permission to display adverts.

Interestingly, data reveals that 50% of users will agree to turn off their ad blocker in order to watch the advertiser’s material just because they are given the choice.