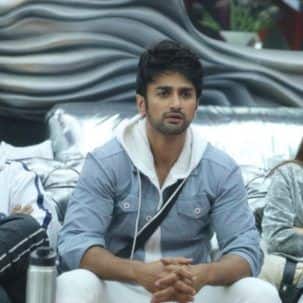 Bigg Boss 14’s third week has grabbed our attention for the drama of the contestants. In just yesterday’s episode we saw Nishant Singh Malkhani winning the captaincy task and emerging the first captain of the season. But soon after that we saw a thread dramas from Nikki Tamboli and Jaan Kumar Sanu going to red zone to Nishant discussing the nomination with Jaan and Nikki. Later we also see Bigg Boss giving warning to Nishant for speaking in English with Abhinav. And after sometime Bigg Boss calls Nishant and remove all these things and says he is not fit to be the captain of the house and removes him from that position. While we do agree that Nishant has made some mistake but was it that big that he deserved to lost his captaincy? We would like to know your thoughts on this through your votes.

In a recent interview with PinkVilla, Nishant revealed that he lost many films due to nepotism in the industry and asserted, “Yes, it has happened many times. There is nothing surprising there. When I finished my school, I learnt to be real. I realised that and I started to not get affected by everything. It happened many times where I gave auditions for films under decent banners, the response was great, but at the last minute I would be told that I am lost out on it because they will be launching a musicians son or daughter because that musician is also the music director of the movie.”

He added, “Sometimes I was told that the producer wants to take you but the financer wants his son to be cast in the movie.” The Guddan Tumse Na Ho Payega actor went on to add, “So at the end, it felt like a circle, I would feel why are they taking an audition when at the end they have to cast their own person.” Nishant concluded by saying, “I think it is about time when people start respecting your craft over your surname.”