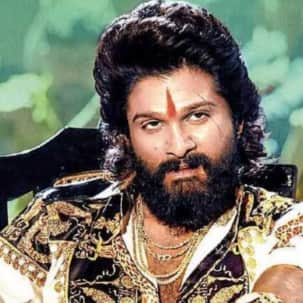 Allu Arjun and Rashmika Mandanna starrer Pushpa: The Rise has received some phenomenal response from all corner. The film has received critical acclaim and its box office collections are simply outstanding. Pushpa is already a hit given that it has not only registered numbers in regional belt but even its Hindi dubbed version is making good money. The box office collection of day 15 of Pushpa: The Rise is out and you will be left surprised to know that it has crossed Rs 50 crore mark. Also Read – Inside Samantha Ruth Prabhu, Kajal Aggarwal and other Top South actresses New Year 2022 celebrations [VIEW PICS]

In times when Coronavirus is affecting every sector, the success of Pushpa: The Rise has just come as a good news for the entire film industry. On its day 15, Pushpa registered Rs 3.50 cr taking its total to Rs 50.59 cr. These collections are just of the Hindi dubbed filmed. You’ll be left baffled to know the worldwide collection of Pushpa. As per the latest updates, it has crossed Rs 300 crore mark worldwide. Indeed, Allu Arjun as Pushpa is simply unstoppable. Also Read – South News Weekly Rewind: Samantha Ruth Prabhu hints at what went wrong in marriage with Naga Chaitanya, Allu Arjun gets emotional on Pushpa’s success and more

Another factor that kept Pushpa in the news is Samantha Ruth Prabhu’s item number. It was recently that Allu thanked Samantha for featuring in the song. At an event, he said, “Samantha garu, thank you so much for doing a song. I know on the set, how many doubts you had. Whether it’s right or not right. You know, I just told you one thing: ‘Trust me and do it.’ You didn’t even ask one question.” Also Read – Pushpa: Allu Arjun makes his presence felt in DELETED scene from the film – watch