All About Dementia and its Treatment in India: Many people assume that Dementia is like mental illness and happens only to elderly patients or the people who do not have an active lifestyle. This is a myth and a misunderstanding of dementia as it can occur to any age group, gender, education status, and social class.

In India, there more than 10 million cases that are registered about dementia every year. Once dementia occurs, it can be treated however it cannot be completely cured.

People with dementia generally have difficulty in cognitive functions like language, memory, reasoning, recognizing, planning, or identifying objects or people. It can be caused due to progressive degeneration of the brain’s cerebral cortex.

The causes can be one or many depending on the individual. In this article, we would be talking about dementia treatment in India. 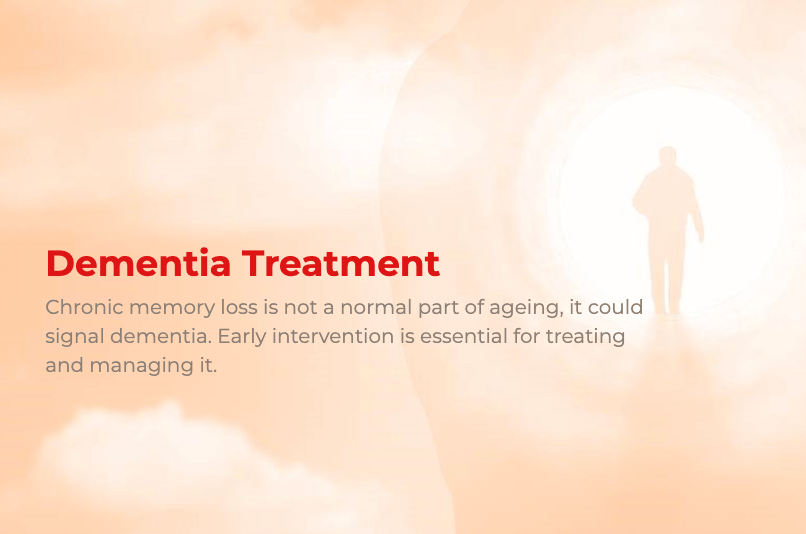 Vascular dementia is observed in 20% of the cases and is caused mainly due to atherosclerosis in the arteries of the brain. Alzheimer’s is one of the irreversible causes of dementia. Some other causes that lead to dementia are injuries, brain tumors, infections, etc. According to a dementia care center, another cause for dementia can be Creutzfeldt-Jakob disease.

It is important to note that there is no specific cure for dementia. This is because the neurodegenerative process is mostly irreversible. However, according to several dementia treatment guidelines, the symptoms of dementia can be treated temporarily with the help of medications like Alantamine, Tacrine, Donepezil, Rivastigmine, and so on. Such medications help minimize the various symptoms of Alzheimer’s disease.

Memantine, an NMDA receptor antagonist can be taken in combination with a cholinesterase inhibitor. This helps reduce the symptoms of dementia. Other behavioral problems of Parkinson’s disease can be reduced with the help of cholinesterase inhibitors. Brain training sessions are also useful for enhancing the cognitive functioning in patients in the early stages of dementia. Memory aids can be used by patients for memory improvement.

Any health condition or activity that has a direct or indirect impact on the cardiovascular system of an individual can affect brain functioning. Hence, the health of the brain can be maintained by ensuring healthy blood sugar, blood pressure, and cholesterol. It is also important to maintain ideal body weight to help in good cardiovascular health.

One should have a healthy diet along with essential nutrients and vitamins for achieving good health. Avoid smoking as it is dangerous for both the cardiovascular system as well as the brain. A regular physical routine can improve the oxygen and blood and to the brain and reduce the risk of dementia.

The above article was an introduction to dementia. You can search for dementia treatment in Bangalore to find the best treatment centers for your loved ones.