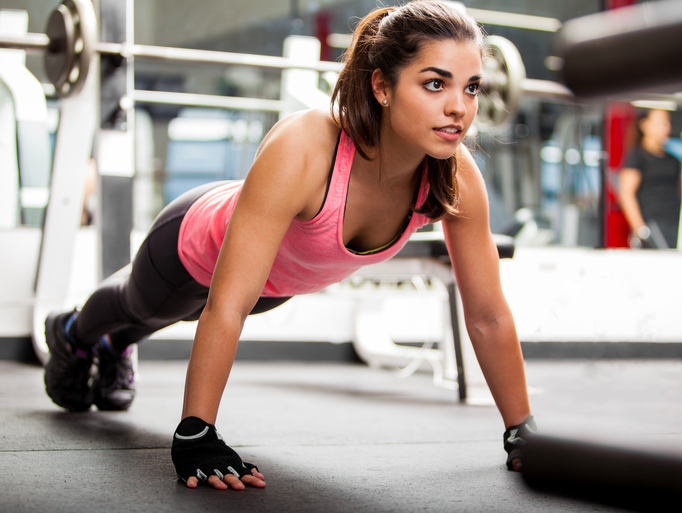 Self-Sabotaging Behavior 1: Fear of failure: The fear of failing outside your comfort zone is a powerful motivator to back away from attempting the goal in the first place.

Some people fear failing so much that they avoid going outside their comfort zone, even when the stakes are low. Sometimes the fear of failure is so powerful that it can hold somebody back from doing something they really want to do, or wanted to do for a long time already.

It could be just something minor, but for someone who has developed an intense fear of being judged or being embarrassed, this would be enough to keep them away from doing it – even though the chances are high that they would succeed in doing so. In bodybuilding and fitness, muscular failure is a natural law where muscles become stronger when they reach near exhaustion.

The fear of failing can have a serious impact on somebody’s life because it holds them back from living their lives fully. Don’t let a fear of failing stand in your way of discovering something great. A fear of the unknown is a defense mechanism that is designed to protect us from harm.

Call to Action: An effective method for opening yourself up to new experiences is to simply say yes to them. When it comes to change, an immediate response from people is often a hard no. Success is most often found outside of your comfort zone and the fear of the unknown and possibly failing or looking bad while doing something new stops people in their tracks. Ask yourself when the last time was that you attempted something new? If it’s been a while since you’ve challenged yourself, it may be time to venture outside your comfort zone.

Another solution is to understand that every master was once a beginner. The greats got better at doing something because they failed until they succeeded. Give yourself a numeric metric and stick with it. Commit to 10 Yoga classes before calling it quits and you’ll be surprised at how your challenges in the first class are no longer present by the fifth class. This will help you build understanding in that great things take time. How much time do you usually give to something before you give up?

Self-Sabotaging Behavior 2: Not Addressing the Root Cause

Many people don’t fully understand the importance of identifying the root cause of a problem, and they instead focus on solving the symptoms. It is crucial to know what steps you need to take in order to fix a problem and finding a root cause can sometimes be difficult. However, without it, you’ll never be able to prevent future problems from occurring.

We live in a world where prevention can often be treated as a more important option than fixing things that have already gone wrong. You need to prioritize barrier prevention as it will allow you to reduce the odds of failure and increase your performance and improvement in fitness.

The benefits of root cause analysis combined with its ability to prevent future problems from occurring makes it an essential part of a beginners routine. Identify the barrier in your way by asking yourself why five times. The 5 Whys allows you to accurately identify the root cause of a problem and its layers. If time is a barrier, finding out why your time is limited will lead to a list of reasons, with further investigation you may be able to notice or discover that it usually stems from a single source. You practice this by asking why? To each problem and answer them truthfully until you reach the single cause.

5 Why methodology helps to uncover surface level problems by digging deeper into what’s causing problems in the first place, by eliminating the barrier at its root cause, this will prevent future problems from occurring. The next time you skip a workout, ask yourself: why did this workout get missed? Don’t stop until you know exactly why.

No matter how often we tell ourselves that we’re capable of accomplishing our goals, it’s always too easy to fall into a mental rut and give up. Asking for advice is hard, but sometimes the best solution is to start asking for help.

People will always offer you advice, and it is up to you whether or not to take it. You must make sure that the advice aligns with your life goals before accepting it fully. Advice should be taken in order to see if it can help you make a decision or simply do something better than what you were doing before and by someone who has more experience than you.

In my younger years, I refused a lot of advice that would have helped me stay injury free in my fitness career had I listened. There are pieces of advice I listened to that assisted in me advancing faster than being stubborn, even though I was reluctant at the time. I learned from injuries which made me understand the human body more and heeded to what I thought was unconventional advice. In the end taking the advice turned out to be a game changer.

To avoid the trap of years wasted, have an open mind and a willingness to accept that you may not have all the answers. That’s perfectly okay, you can leverage advice by looking for credible sources and invest the cost in hiring them to fasttrack your progress. That can mean investing in personal trainers, dietitians, paid fitness classes and doing blood work to save you time and pain. Getting advice from the pros will speed your results and lead you to success by avoiding trial and error. Who’s on your team?